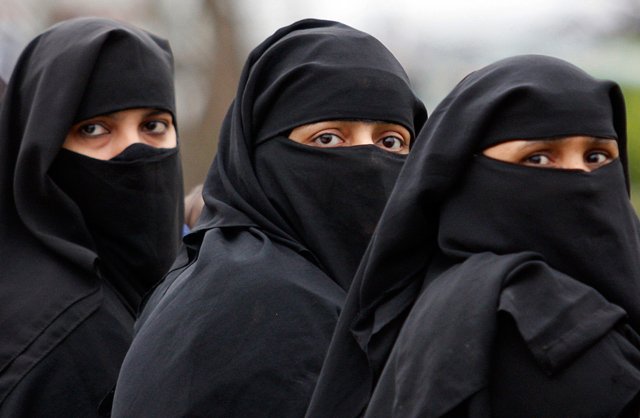 (Paul Nehlen) – Liberals and the mainstream media are having a collective meltdown, verging on an aneurism, over Donald Trump responding to the political attack launched against him at the Democrats’ convention last week by the father of a Muslim-American soldier who was killed in Iraq.

Without doubt, Khizr and Ghazala Khan’s son – Captain Humayun Khan – is an American hero who gave his life in defense of the United States of America while serving in Iraq in 2004.  Our nation owes Capt. Khan and his Gold Star parents a debt that can never be repaid.

Mr. and Mrs. Khan chose to politicize the death of their son when they appeared on-stage in support of Hillary Clinton at the Democrat National Convention in Philadelphia.  Indeed, in his remarks Mr. Khan attacked, ridiculed and attempted to humiliate Mr. Trump and his positions on critical national security issues.

Did he really think his attack would go unanswered?

It’s not my place to respond on behalf of Mr. Trump; however, there are facts related to this controversy that the media clearly – and intentionally, in my opinion – isn’t telling the public about.  So allow me…

Mr. Khan charged that under Donald Trump’s proposed TEMPORARY suspension of refugee resettlements from specific Muslim countries, Capt. Khan “never would have been in America.”  But this is comparing apples to oranges.

In fact, the Khans moved to the United States from Pakistan in the 1970s.  That was long before the 9/11 radical Muslim attacks on the Twin Towers and Pentagon changed everything in this country.

Circumstances have clearly and dramatically changed in the U.S. since Capt. Khan’s death at the hands of a Muslim suicide bomber in Iraq.

In addition, just because Capt. Khan was a patriotic Muslim-American who loved and fought for his adopted country, that doesn’t mean other Muslim-Americans don’t hate the United States and wish our people deadly harm.

A research paper, “Muslim-American Involvement with Violent Extremism, 2015” by Charles Kurzman of the Department of Sociology at the University of North Carolina, Chapel Hill details some facts Mr. Khan and his supporters in the media are overlooking…

While the media focuses on a nebulous “small number” of Muslim “lone wolf terrorists,” the real breakpoint is the much larger subset of Muslims compliant to Islam’s laws of shariah.

Polls have put the numbers of “American Muslims” who believe they should have a choice between U.S. Law and shariah over the 50% mark. That is a big number of potential terrorists.

Mr. and Mrs. Khan shouldn’t have tragically lost their son to a Muslim suicide bomber while protecting his fellow American soldiers in Iraq.

But the murderous radical Islamic enemy that his candidate, Hillary Clinton, refuses to name is increasingly operating on our shores.

And no American citizens should lose their lives – or the lives of their sons and daughters – to radical Muslim extremists while running a marathon, attending a Christmas party or dancing at a nightclub.

These are, indeed, desperate times.

Mr. Nehlen is a successful business executive who has brought hundreds of jobs back to the United States from China, Mexico and Canada during his career.  He’s a Republican candidate running for Wisconsin’s 1st Congressional District