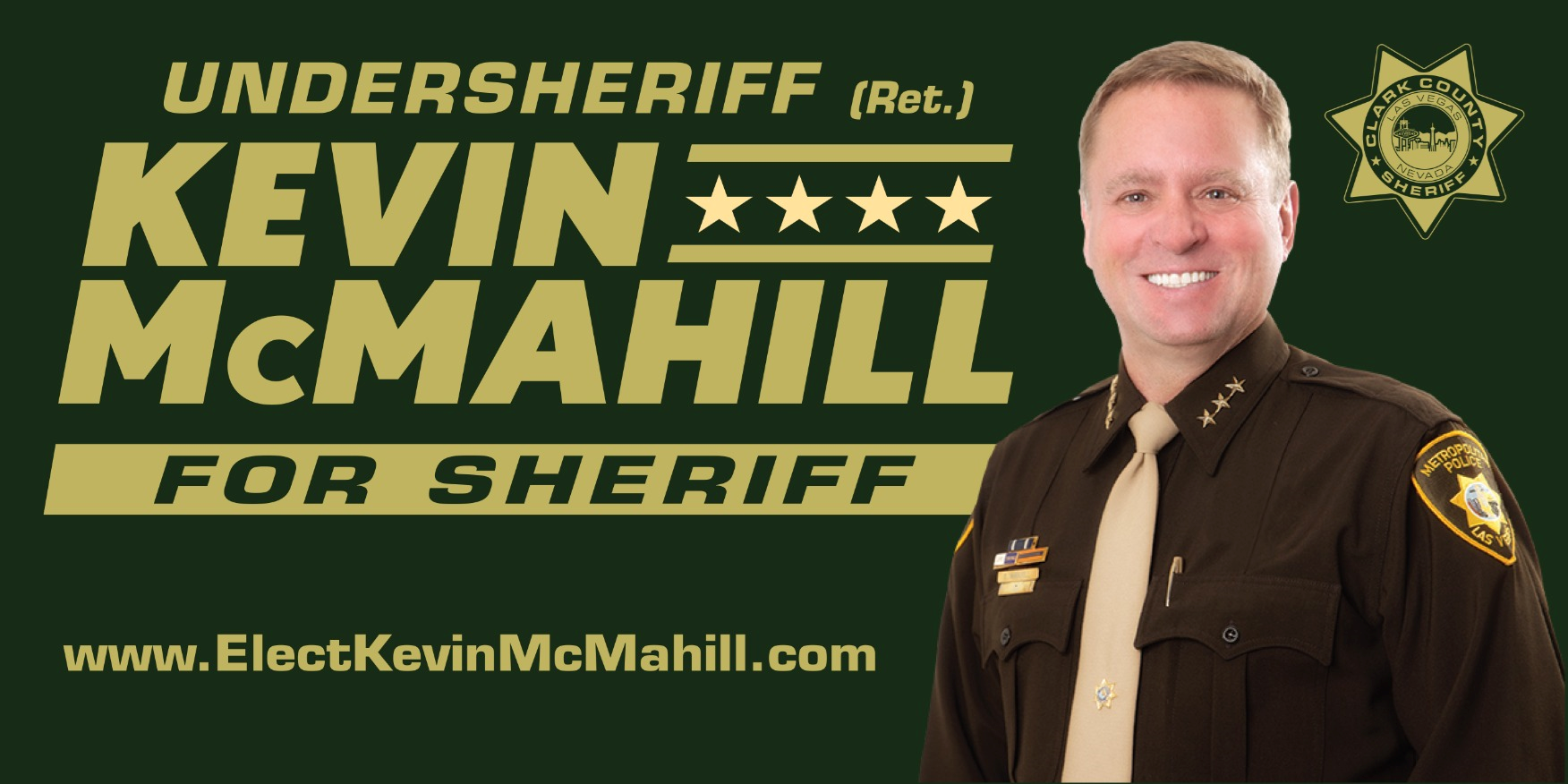 In endorsing McMahill, LVPPA President Steve Grammas said, “After a vote of our membership, the LVPPA is proud to endorse Undersheriff (Ret.) Kevin McMahill for sheriff.  Kevin received almost 80% of the votes which shows the support that the current rank-and-file officers have for him as our next sheriff.” The LVPPA represents over 3,000 officers.

Lieutenant William Matchko, Chairman of the LVPMSA, said the following in endorsing McMahill, “You count on the women and men of the LVMPD every day to keep our community safe and now they’re counting on you to elect Kevin McMahill as our next sheriff.”  The LVPMSA represents over 500 of LVMPD sergeants, lieutenants and captains.

Of the overwhelming endorsements, Kevin McMahill said, “It means a lot to me that the police officers and supervisors of the LVMPD have faith in me to be their elected leader.  I couldn’t imagine becoming sheriff, let alone being effective at lowering crime and keeping our neighborhoods safe, without the support of the women and men I would be asked to lead.”

The Public Safety Alliance of Nevada, which represents over 10,000 officers statewide, also endorsed McMahill.  In addition to the LVPPA and LVPMSA, PSAN includes the North Las Vegas Police Officers Association, the Peace Officer Research Association of Nevada and Clark County School District Police, among many others across the state.

Kevin’s campaign website and his future goals as sheriff can be found at www.electkevinmcmahill.com

N&V StaffAugust 12, 2022
Read More
Scroll for more
Tap
Rosen, Masto Should Oppose Sohn Nomination to FCC
The Race for Governor is Heating Up!