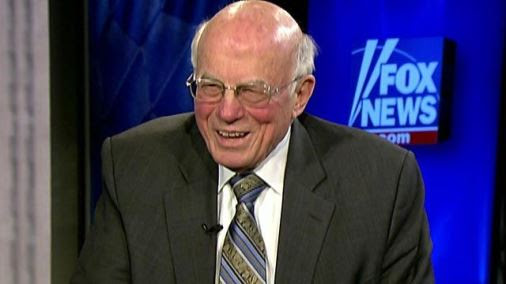 (Richard A. Viguerie, CHQ Chairman) – The vote to replace Speaker of the House John Boehner will likely take place on Thursday, October 8, followed by elections for the other House Republican Conference leadership positions later in the month.

As things stand now, the candidates for Majority Leader are conservative House Budget Committee Chairman Tom Price of Georgia, who is not a part the Boehner inner circle, and House Majority Whip Steve Scalise – the third leg of Boehner’s leadership team in the current House Republican hierarchy.

There are at least four candidates or potential candidates for Republican Whip: Patrick McHenry (NC-10), Dennis Ross (FL-15), Markwayne Mullin (OK-2), and Pete Sessions (TX-32). McHenry is Chief Deputy Whip and a reliable Boehner supporter, so is Mullin who has always been a reliable Boehner vote, as is Pete Sessions, who as Chairman of the House Rules Committee has been the chief floor manager of Boehner’s many cave-ins to Obama. Of the announced candidates for Whip only Florida Representative Dennis Ross has shown any inclination to stand for conservative principles if it meant bucking the leadership.

In my analysis, there are four kinds of Republicans in the House:

The way I see it nothing will change in the House if you just move everybody in the Boehner leadership team up a slot. As liberty-minded Representative Thomas Massie of Kentucky observed, “they’ve all been a party to the misdeeds that Boehner has committed,” like rushing legislation to the floor without giving the people time read the bills, kicking conservatives off their committees, and taking away their subcommittee chairmanships. Only a thorough house cleaning will unify the House GOP and undo the damage Boehner’s high handed leadership style created.

As I explained in my book TAKEOVER, for the past 100 years we conservatives have had our political guns aimed at the wrong target.  During the entire century-long civil war in the Republican Party, the progressive establishment leadership of the GOP has been selling the notion that the Democrats and the liberals are the problem, and that if conservatives would only line up behind establishment Republicans and put them in charge of the federal government, the growth of government and America’s slide toward socialism would stop.

And as the reigns of John Boehner as Speaker of the House and Mitch McConnell as Majority Leader of the Senate have shown, nothing could be further from the truth.

That means electing a conservative as Speaker and then filling the House Republican leadership team with limited government constitutional conservatives are the next battles in the long war to govern America according to conservative principles.

And the only way to do that is to primary any Republican who does not have the courage to vote for a principled limited government constitutional conservatives, like Representative Daniel Webster, for all of the House leadership positions.

As I explained in TAKEOVER: The first, and greatest, impediment to governing America according to conservative principles is not the Democrats and the Left, it is the Republican establishment.

While the votes for Majority Leader and Whip take place behind closed doors, the vote for Speaker is a public rollcall vote on the Floor of the House – there’s no hiding from it, so we will know who had the courage to say they want conservative leadership in the House of Representatives and who is willing to let the principle-free status quo continue.

Over the next two days conservatives should be burning up the phone lines in two directions; the first is calling their Representative and letting them know that we are watching how they vote and that we demand they vote for a conservative, such as Daniel Webster, as Speaker.