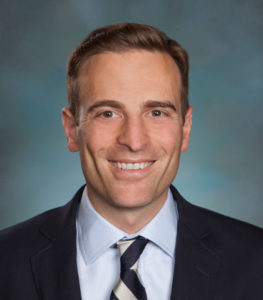 “Today is tax day, a day when citizens make an investment in their government,” said Laxalt. “And with any investment, the taxpayers can and should expect a return on their investment. I am committed to ensuring that this office protects taxpayer dollars entrusted to the State, and uses them wisely. By reorganizing my office in a way that allows for proactive management of complex legal issues, and increased mentoring of our attorneys and training state agency-clients, the Office has contributed to the significant drop in potential legal liabilities—to the tune of almost $500 million in the last few years. I thank the hard working and dedicated public servants in my office for their efforts to increase efficiency and decrease exposure. I also thank the Legislature for sharing my vision and unanimously approving the proposed office reorganization in 2015.”

For state accounting purposes, the Office of the Nevada Attorney General reports contingent litigation liabilities in a confidential document, marked “Attorney Work Product,” to the State Controller every December. Following the report’s submission in 2016, the office reported to the legislative budget committees in March of last year that contingent litigation liabilities fell by 50 percent after the 2015 legislature approved AG Laxalt’s proposed office reorganization. At the time, the office stressed that there are a lot of factors that affect Nevada’s contingent liabilities, but that those factors include proactive litigation management, training and hard-fought victories in court.

Three court cases that significantly reduced the State’s contingent litigation liabilities were recently argued before the Nevada Supreme Court. Southern California Edison v. State Department of Taxation represented the largest financial exposure for the State, involving a refund claim submitted by Southern California Edison for approximately $200 million in use taxes paid on that company’s purchase and consumption of coal at the now-defunct Mojave Generating Station in Laughlin, Nevada. Southern California Edison argued that it was entitled to various tax credits and offsets for taxes paid to Arizona in connection with coal mining operations conducted in Arizona. Additionally, the company argued that it was entitled to the benefit of a statutory exemption which, according to its terms, is applicable only to Nevada-based mining operations. In a unanimous decision dated July 2017, the Nevada Supreme Court adopted the arguments presented by AG Laxalt’s office. On January 16, 2018, the U.S. Supreme Court declined to review the case.

In a similar refund claim filed by Nevada Energy (formerly Sierra Pacific Power Co.), where use tax on coal was also at issue, the Office of the Nevada Attorney General successfully argued against and defeated a refund claim for $53 million. This decision from the Nevada Supreme Court was dated December 2014. On July 11, 2016, the U.S. Supreme Court declined to review the case after reviewing legal briefs from both sides.

In the first quarter of 2018, total contingent litigation liabilities fell even further from $300 million to $220 million. That reduction is due, in part, to the office’s success in K-Kel, Inc. v. State Department of Taxation. In that matter, the Office of the Nevada Attorney General argued against and defeated a claim for $65 million. Several adult entertainment establishments challenged the constitutionality of Nevada’s live entertainment tax, claiming that it infringes upon rights protected by the First Amendment. On March 1, 2018, the Nevada Supreme Court issued its decision adopting the arguments presented by the Office of the Nevada Attorney General.

In addition to the reduction in contingent litigation liabilities, Laxalt previously announced that he closed his office budgets with a significant surplus, reverting nearly $3 million in settlements and appropriations to the general fund. Since January 2015, AG Laxalt has returned approximately $30 million to the general fund, an amount equal to 87% of two full years of general fund salaries and operating expenses that are appropriated to the Office of the Nevada Attorney General by the Legislature. The $30 million dollar reversion is based on a return of $24.8 million settlements and $4.8 million in salary and operating efficiencies. Further, each legislative session, AG Laxalt has proposed efficiency reductions to his budget. Last session, he proposed a 7% reduction to the overall general fund budget. In addition to proposing reductions and successfully reducing his budget each year, AG Laxalt ended each fiscal year with a surplus, saving 15.7% and 17% in fiscal years 2016 and 2017, respectively.