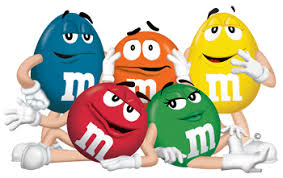 (Chuck Muth) – A recent editorial critical of the U.S. sugar program published by the Treasure Coast newspaper in Florida started out thusly…

“You spy that bag of M&Ms in the checkout line and you’re tempted. But $1.79 seems kind of steep.  In fact, it is. Most food containing American-grown sugar costs significantly more than it would if sugar prices were lower.”

Even more to the point, that bag of M&Ms probably cost in the neighborhood of 35-cents 35 years ago when a pound of American-grown sugar cost about the same as it costs today.

So to blame the fact that you need to take out a second mortgage to buy a bag of M&Ms today on the cost of American-grown sugar is simply dishonest.

The editorial goes on the claim that “U.S. sugar policy is protectionist, anchored in government intervention in the free market.”

This is partially true.  The U.S. sugar program does limit imports from certain countries and tacks on nominal tariffs to the sugar imports of others.  But that “protectionism” is because the global sugar market is anything BUT a free market.

The fact is various sugar-producing countries – including Brazil, the “OPEC of sugar” – distort the market by directly subsidizing their home-grown sugar industries, artificially deflating the cost and giving global competitors a decidedly unfair advantage over American sugar farmers.

To its credit, the newspaper acknowledges this reality…

“(D)efenders of the current sugar program cite the heavy subsidization of the sugar industry in countries like Mexico. If there’s truly to be a level playing field, they say, foreign competitors must play by the same rules.”

For it to be a true free market, foreign governments need to eliminate the “crutches” they provide to their sugar industries in the form of subsidies before Congress should consider eliminating the current U.S. sugar program.  Which is exactly what Rep. Ted Yoho’s “Zero for Zero” resolution would do.

Now, about those taxes…