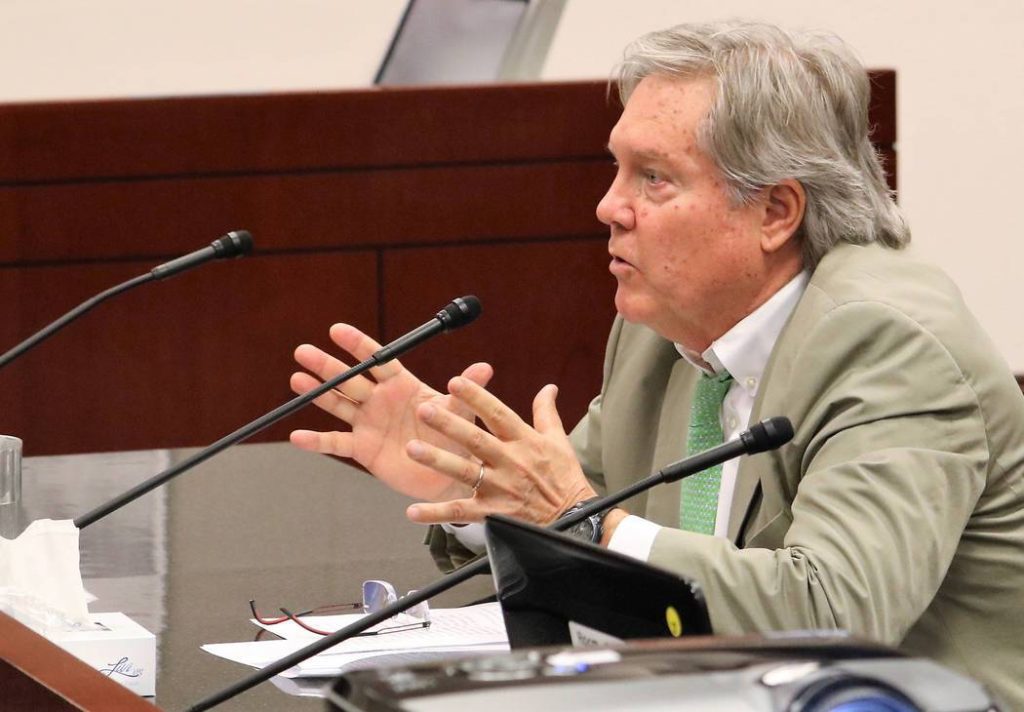 (Thomas Mitchell, 4TH ST8) – You could have watched the testimony or read the Las Vegas newspaper account, but you needed to pick up the Elko paper to get the full content of the most salient and well-reasoned argument as to why McCarran International Airport should not be renamed for Harry Reid.

Senate Bill 174 doesn’t denigrate former Sen. Pat McCarran — as some testimony did, calling him an anti-Semite — but it provides a recitation of former Sen. Harry Reid’s accomplishments — as did several people testifying for the bill did as well.

Several testified as to Reid’s record of political divisiveness, but afterward Assembly Minority Leader Paul Anderson released a statement that was the lede for the correspondent covering the event for the Elko Daily Free Press.

“While we have gotten used to the political theater perpetuated by the majority party, this is a whole new level of farcicality,” Anderson was quoted as saying and then adding “former Senator Harry Reid’s legacy is one of bitterness, anger, petulance, divisive political maneuvering, and pure partisanship.”

“Nevada has a long history of electing statesmen from both sides of the aisle to the Governor’s office, the U.S. Senate, and Congress. From Kenny Guinn to Richard Bryan, and from Barbara Vucanovich to Alan Bible. These were people of great accomplishments, dedication to country, family, and God. It seems only fitting that if McCarran Airport is to be renamed, it’s renamed after someone who best exemplifies Nevada values.”

That bit calling Reid bitter, angry, petulant, divisive and pure partisan reminds me of the lines from the movie “The Front Page,” when Jack Lemmon asks his editor if he should write of the sheriff: “I’m calling the Sheriff a hyena. What do you like with it? Vile, corrupt, unscrupulous, depraved?”

Walter Matthau fires back: “Yeah. And in that order.”

I always wanted to say that to a reporter on deadline, but never got the right question.

N&V StaffAugust 14, 2022
Read More
Scroll for more
Tap
Root: Look at the whole patient when it comes to Obamacare repeal
Key Conservative Group Gets On Board With House Obamacare Repeal Bill