(Thomas Mitchell, 4TH ST8) – Nevada’s Democratic lawmakers in Carson City are seeking to enforce their egalitarian philosophy on everyone: All people are equal and deserve equal rights — and only equal amounts of those rights. You have the right to free speech, but no more than anyone else.

This past week an Assembly committee heard testimony on Senate Joint Resolution 4, which would urge Congress to amend the Constitution to strike the free speech portion of the First Amendment. SJR4, sponsored by Las Vegas Democratic state Sen. Nicole Cannizzaro, would erase the Supreme Court ruling in Citizens United v. FEC, which held that it was unconstitutional to forbid the broadcast of a movie critical of then presidential candidate Hillary Clinton just because it was paid for by a corporation. 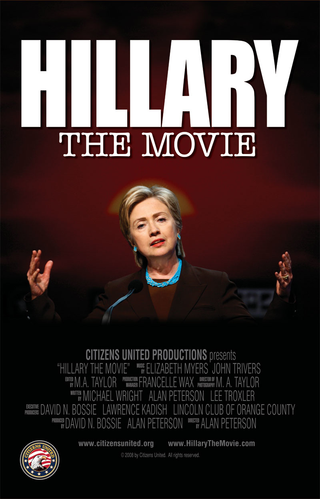 But SJR4 goes even further. It limits spending by individuals as well. The summary reads: “Urges Congress to propose an amendment to the United States Constitution to allow the reasonable regulation of political contributions and expenditures by corporations, unions and individuals to protect the integrity of elections and the equal right of all Americans to effective representation.”

It basically declares democracy is dead because the citizens are too stupid to hear vigorous and boisterous debate and make rational decisions.

The resolution argues that large political donations corrupt candidates and dilute the power of individuals. Pay no heed to the fact that in the 2016 presidential election, Donald Trump was outspent by Hillary Clinton by two-to-one — $600 million to $1.2 billion.

The resolution would not only overturn Citizens United but also McCutcheon v. FEC.

Democrats think all money belongs to the state except what the state allows you to keep, and now they demand to take control of how you spend that.

In addressing an Assembly committee on her bill Cannizzaro said it “addresses a growing and rather troubling influence of large donations by corporations and other organizations in our sacred policy-making process as a result of significant and uncontrolled political contributions.”

Jeff Clements, president of American Promise, an organization pressing for such a constitutional amendment, testified to the Assembly committee by phone.

He said we need to get back our constitutional foundation that “really has gone back in a non-partisan and cross-partisan way for over a century. It is not to say there is anything bad about corporations and unions or the very, very wealthy … If we allow unlimited deployment of the financial resources from those and other sources, it overwhelms the rights we have as Americans and the duties we have to participate in our self-governing republic, as equal citizens with equal representation.”

He argued that politics is not a marketplace to be bought and sold.

Yes, it is a marketplace — one of ideas. But no matter how much someone spends trying to persuade us to buy, we don’t have to buy.

As for it being a non-partisan issue as Clements claimed, the vote on SJR4 in the state Senate was on a party-line vote of 12 Democrats for and nine Republicans against.

Let’s hear what the court had to say about free speech in McCutcheon: “The Government has a strong interest, no less critical to our democratic system, in combatting corruption and its appearance. We have, however, held that this interest must be limited to a specific kind of corruption — quid pro quo corruption — in order to ensure that the Government’s efforts do not have the effect of restricting the First Amendment right of citizens to choose who shall govern them.”

In Citizens United, the late Justice Antonin Scalia wrote: “The (First) Amendment is written in terms of ‘speech,’ not speakers. Its text offers no foothold for excluding any category of speaker, from single individuals to partnerships of individuals, to unincorporated associations of individuals, to incorporated associations of individuals — and the dissent offers no evidence about the original meaning of the text to support any such exclusion. We are therefore simply left with the question whether the speech at issue in this case is ‘speech’ covered by the First Amendment. No one says otherwise. A documentary film critical of a potential Presidential candidate is core political speech, and its nature as such does not change simply because it was funded by a corporation. Nor does the character of that funding produce any reduction whatever in the ‘inherent worth of the speech’ and ‘its capacity for informing the public,’ … Indeed, to exclude or impede corporate speech is to muzzle the principal agents of the modern free economy.”

I’ll put those words up against the Democrats’ bleating about money corrupting.