Mitchell: No one could’ve seen this power play coming, could they?

Mitchell: No one could’ve seen this power play coming, could they?
N&V Staff 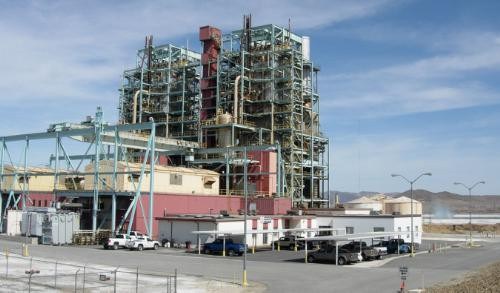 (Thomas Mitchell) – Who could have possibly seen this coming?

NV Energy is allowed to pass through costs of power it purchases, but it gets a rate of return on equity, the plants and power lines it owns, of about 10 percent.

Mark Garrett, an energy consultant working with MGM Resorts, says of the proposal, “It should be looking for ways to lower rates, not raise them.” He estimates the new plant could increase ratepayer costs $70 million per year.

Back in 2013 when the Legislature passed a bill to close all NV Energy coal-fired plants, 4TH ST8 quoted Dan Jacobsen of the attorney general’s Bureau of Consumer Protection, which represents ratepayer interests at the Public Utilities Commission, as saying, “In addition to replacing about 1,000 megawatts of coal capacity, the bill also would be replacing a very large amount of power purchase agreements right now that ratepayers don’t have to provide a return on.”

Precisely what is happening now.

“There are power purchase agreements that are pretty helpful in covering peak load but not having to be purchased at times when there isn’t a peak load,” Jacobsen noted at the time. “That’s a pretty good mix at times for Nevada with extreme heat in the summer that doesn’t last more than about three months.”

Then Jacobsen addressed the most glaring flaw in the bill: It’s decades-long, Soviet-style central planning. “I hope you have an appreciation for the difficult, long-range  decision you are being asked to make in this bill,” Jacobsen said. “Step back and think about it for a minute, you’re being asked right now, based on information you have right now, to make a decision that, for example, in the year 2025 the right thing to do is to build a 500-megawatt natural gas plant.

The previous time the power company was given carte blanche to build power plants and begin to recover costs immediately, even before any review by state regulators, was in the 1980s. That was because the company needed new power supplies — from coal-fired plants.