Gingrich: The Lessons of 9/11 and the Madness of the Iranian Agreement

Gingrich: The Lessons of 9/11 and the Madness of the Iranian Agreement
N&V Staff 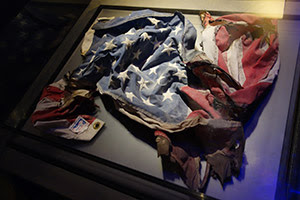 (Newt Gingrich) – There is something amazingly symbolic about the Congress considering the Obama-Khamenei agreement on the 14th anniversary of the 9/11 attack.

Virtually, every lesson Americans learned painfully that day has been forgotten in the rush to sign an agreement with the world’s leading state sponsor of terror.

Fourteen years ago, the World Trade Center collapsed, the Pentagon was hit and a fourth plane crashed in Pennsylvania. The nation was horrified and enraged.

We learned that we could be surprised.

We learned that our enemies hated us and wanted to kill us.

We learned that our enemies were good at long-term planning and at deception.

We learned once again that the military and intelligence communities play a vital role in keeping us safe.

Now, 14 years later, the President and his allies are ignoring every one of these lessons.

They are pushing for an agreement that assumes we can trust our mortal enemies and that assumes paper treaties and international bureaucrats can keep us safe.

They are pressuring their elected allies to side with them in this surrender to the Ayatollah Khomeini even when those allies know it is a terrible and dangerous idea.

Forget the harsh language of the opponents. Listen to what the supporters of the deal are saying.

First, our “partner” in this agreement, the Iranian Supreme Leader Khamenei, on Wednesday reminded us that he views America as “the Great Satan” and vowed that Israel will be eliminated within 25 years. He said:

[Ayatollah] Khomeini called America ‘the Great Satan.’ That is a very wise saying… Satan only deceives man, but the U.S. deceives, murders, and imposes sanctions… After the nuclear talks were over, I heard that the Zionists in occupied Palestine had said: ‘In the meantime, thanks to the results of the talks, we will have 25 years of quiet regarding the problem of Iran. After 25 years, we will think of something.’ I respond to them by saying: ‘First of all, in 25 years you will not be alive.’… God willing, in 25 years there will be no such thing as the Zionist regime in the region, and secondly, during this period, the fighting Islamic spirit will not give the Zionists even a single day of serenity…”

When the leader you are trying to trust tells you before the agreement is ratified that he will destroy Israel and he will continue to preach “Death to America,” you have to wonder what he will say after it is approved.

Our enemies’ assessment of the deal is alarming enough. But some of the best arguments against it come from its supporters here in the United States.

Senator Cory Booker explained his vote in favor of the agreement this way: “We have now passed a point of no return that we should have never reached, leaving our nation to choose between two imperfect, dangerous and uncertain options… Left with these two choices, I nonetheless believe it is better to support a deeply flawed deal, for the alternative is worse.”

Senator Richard Blumenthal set a low bar when he argued that “while this is not the agreement I would have accepted at the negotiating table, it is better than no deal at all.”

Senator Claire McCaskill said, “This deal isn’t perfect and no one trusts Iran.”

Representative Scott Peters of California conceded that “the JCPOA is not perfect. It doesn’t end Iran’s support of terrorism or permanently end Iran’s civilian nuclear energy program. It does extend the international weapons ban for five years and ballistic missile ban for eight years, but does not make the bans permanent.”

Senator Amy Klobuchar said “the agreement is by no means perfect” and went on to indicate how much we have to prop up our allies when we are signing an agreement which frightens them: “I will also push for increased security assistance to Israel and enhanced defense cooperation with our Arab allies to combat terrorism throughout the region.” Of course, the terrorism she wants to combat is supported in large part by the Iran which is about to get billions from the deal.

You can read a long list of what Democrats have said about the deal here. The statements are universally timid, conditional, and understated.

The weak support might be because Democrats in Congress realize the Obama-Khamenei agreement is doubly dangerous. First, and most important, it is risking the security and safety of the United States and its allies on an unenforceable paper agreement with religious fanatics who keep chanting “Death to America” and “Death to Israel.” This agreement will turn tens of billions of dollars over to the leading state sponsor of terrorism in the world. It will dramatically strengthen and legitimize the Iranian dictatorship. It could become a national security nightmare.

Second, and politically fascinating, President Obama and his allies are now gambling the future of the Democratic Party on the trustworthiness and good will of the Ayatollah Khameini.

At any time over the next 14 months, the Iranians could behave so aggressively that the Democratic Party would lose all credibility on national security.

The Iranian dictatorship set out 36 years ago to destroy the Carter Presidency. They did everything they could to humiliate him. It was symbolically important that they released the American hostages as Reagan was being sworn in.

The truth is that neither President Obama nor Secretary of State John Kerry have any idea what the Ayatollah and his dictatorship will do.

The Wall Street Journal captured this extraordinary vulnerability in an editorial entitled “Khameini the Democrat.” As the editorial noted “by putting up a blocking minority in Congress, the Democrats now own what will follow from the nuclear deal. That’s another way of saying that, on this issue at least, the Ayatollah now owns them. Whatever Iranian ‘democracy’ decides next month on the deal, its Democratic supporters in the U.S. had better steel themselves for a rough ride.”

Never in American history has a great political party tied its identity to a foreign dictator that publicly asserts it wants “Death to America”.

On this 14th anniversary of the 9/11 attack we should all remember just how dangerous this can become.