Mitchell: Not everyone should be President

Mitchell: Not everyone should be President
N&V Staff 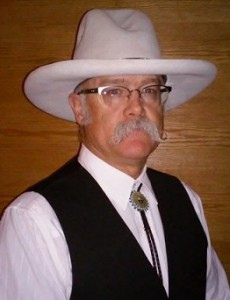 (Jim Mitchell) – When, in an answer to an interviewer’s question, Ben Carson stated that he did not believe that a Muslim should ever be President, the world-renowned pediatric neuro-surgeon (retired) and presidential candidate may have discovered something that just might make him as popular as presidential candidate as Donald Trump.

To be fair, Dr. Carson spoke to a conviction that he has and stated his rationale for it without bluster, while The Donald has cynically tapped into a part of the political frustration of a large number of American voters over (primarily) immigration, for the apparent purpose of exercising his brand of WWF-style politics.

That the retired neuro-surgeon would express his belief in such an impolitic manner justifies his position as a top-tier candidate in what appears to be the year of the political outsiders.

Of course, charges of religious bigotry followed hot on the heels of Dr. Carson’s remarks. The outraged claimed that a person of any race, religion, or color should be allowed to be president. And for race and color, the claim is correct since neither of these, as Dr. Carson also noted in a different interview, are what make a person who they are.

Religion, on the other hand, informs a person’s values. And the values of Islam are different from those of America’s Christian-influenced Constitution. Remember, in America, Christianity informs government, in Muslim countries Islam is government. So, before we leap off the cliff of political correctness and support the concept of a Muslim president, we should ask ourselves, ‘which Muslim-ruled country is governed the way we want to live?’

We should also ask whether we are willing to trade our Constitution’s protections of the 1st Amendment, the 8th Amendment, or the 13th Amendment for the ongoing Islamic practices of stoning, beheading, religiocide (it’s like genocide only against a religion, and yes, I made it up) and slavery, just to avoid being called religious bigots?

Those who colonized America came bearing the Christian values of their time, which were naturally woven into the social and political fabric of their communities, and influenced the process of forming their governments, including the one for which the Constitution was written.

A society wherein everyone is welcome to come and partake of the fruits of liberty and freedom – as long as they also share the responsibilities necessary to support both – can tolerate different religions without much disturbing the social or political fabric of a people.

But, when the leader at the top holds different values than those incorporated in the foundations of government, it is likely that the resultant upheaval will fracture, even crumble, both the political and social foundations.

We only have to look as far into the past as the election of Barack Obama to see the effects of Americans electing a president whose religion does not share and revere America’s foundational values.

In Obama’s case, his religion is Progressive and it worships the power of government. (Whether he is also a Muslim fellow traveler is irrelevant because Islam is not the primary driver of his value judgments.)

President Obama said that he would fundamentally transform America, and then set about doing just that based on the set of values taught by the church of Progressives.

Progressives believe that the government is the answer to every problem. Even good works need to be channeled through government programs to ensure they are “correctly” carried out.

Progressives find acceptable a chief executive who makes laws through Executive Order, or changes enforcement of law to fit their agenda.

Progressives don’t believe in a color-blind society based on merit. They prefer victims to champions and government dependency to self-sufficiency.

To a Progressive, the very idea that rights are given by God without being approved by them is intellectually unfathomable. The list goes on and on of the differences between the values which informed the writing of our Constitution and those of Progressives.

One of the most telling statements made by Obama when challenged for his use of Executive Order to rewrite existing law was, if Congress won’t do its job and pass legislation he could sign he would have to act. (Translation – if Congress is not doing what I wanted them to do I will take over.) Would any president who does not share American founding values behave any differently?

America should never again elect a president who does not share the values which made America great. It seems that Dr. Carson understands this fundamental truth and isn’t afraid to say so.

Mr. Mitchell currently lives in Winnemucca and can be reached at rustysdawg@gmail.com.