Clark: The Pope and Tom Sowell 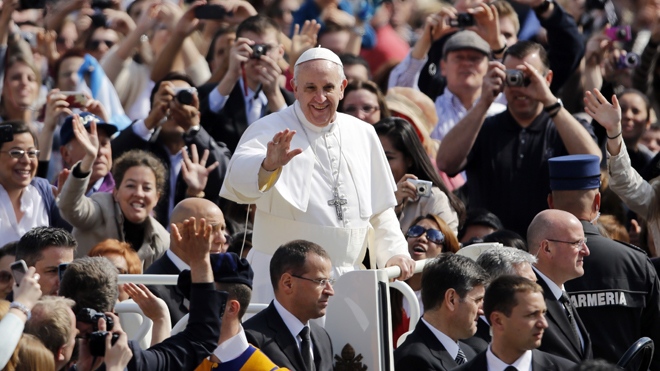 Pope Francis gives his endearing smile and approach to the American people during his visit in America. 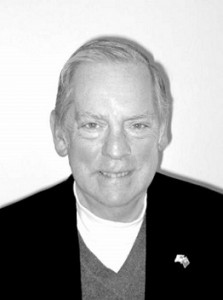 (Jim Clark) – During his recent historic US visit, Pope Francis told a joint session of Congress that everyone has a Christian duty to care for the poor, the homeless, the elderly, refugees and to protect the environment against pollution. One of the liberal media then posted a headline reading: “The GOP versus the Pope.” Some Democrat pundits even dubbed the Pope’s message: “Comfort the afflicted and afflict the comfortable.” Not so fast, liberals, you got this wrong.

The Pope did not advocate the government taxing the rich and giving to the poor. For that matter, neither did Jesus. Both implored individuals to subscribe to a high code of personal ethics, to esteem others, to be generous with the poor and be faithful stewards of God’s gifts. While some have misinterpreted the Pope’s remarks as being critical of capitalism and greed, he was actually talking about individual conduct, not economic or political systems.

Stanford Economist Thomas Sowell provided a background against which to consider the Pope’s comments. He wrote: If Catholic doctrine is to “blithely throw around the phrase ‘the poor’ and blame poverty on what other people are doing or not doing for ‘the poor’” then it is in error. He points out that the natural state of our species is poverty. That is what the Biblical first man and woman experienced when they got kicked out of the Garden of Eden.

“Poverty is automatic” Sowell writes, “but prosperity requires many things – none of which is equally distributed around the world or even within a given society.” Which economic system has a better record of helping the less fortunate? A Robin Hood redistribution of the wealth or free markets? Giving the poor a bigger slice of the pie or creating a bigger pie?

Our own history illustrates the point. The Pilgrims arrived at Plymouth Rock in December 1620. To finance provisions and the Mayflower’s voyage, they made a deal with the Virginia Company of London that they would deposit everything they produced into a “common stock” drawing only what food they needed. At the end of seven years, whatever remained in the “common stock” as well as houses, land and chattels would be divided between the colonists and the Virginia Company.

So the colonists started out in poverty. Indians showed them how to plant corn, but the harvests of 1621 and 1622 were miniscule. Colony Governor William Bradford wrote that the socialist philosophy hindered growth. Men resented working for “the benefit of other men’s wives and children without compensation. Wives resented doing household chores for other men deeming it a form of slavery.”

Governor Bradford then changed the rules so everyone planted their own crops; he assigned every family its own plot of land. By 1624, they had a surplus they were able to export and sell. By 1627, the Pilgrims had paid off the Virginia Company and owned their own colony.

The federal government arrogantly defines “poverty” in terms of annual family income . . . a one-size-fits-all definition applied equally in New York City and Meridian, Mississippi. The “poor” have central air conditioning, cars, cable TV, and food stamps; their standard of living would be the upper middle class in Mexico. Are these government-defined “poor” better off as addicts of the welfare system or would they be happier producing goods and services rewarded by a free market system? The freedom to choose still exists . . . let’s keep it that way.

Pope Francis spoke also of religious liberty, traditional marriage, respect for life and human dignity. He introduced Congress to a new term . . . simplistic reductionism . . . a fundamentalist bias by individuals who only see saints or sinners . . . a tendentious refusal to approach thorny issues with balance and compromise. Hmmm. Was he talking about Obama?

Perhaps the headline should be: “Democrats versus the Pope.”

Jim Clark is President of Republican Advocates. He has served on the Washoe County and Nevada GOP Central Committees. He can be reached at tahoesbjc@aol.com.

N&V StaffOctober 7, 2022
Read More
Scroll for more
Tap
Mitchell: Not everyone should be President
Increasing Cost of Prescription Drugs: Capitalism should’t be blamed, it must be the government