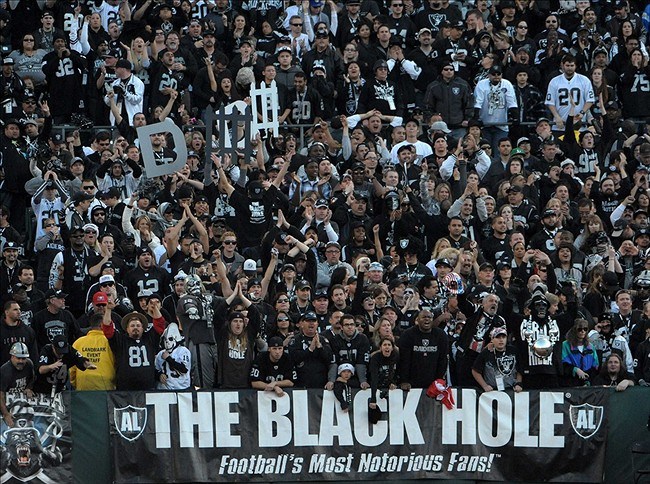 (Thomas Mitchell, 4TH ST8) – They apparently call the section of the stadium taken over by the most ardent, raucous, symbol bedecked and loudest fans of the Oakland Raiders the Black Hole.

On Monday, the NFL owners voted to allow the Raiders to move to Las Vegas, opening just a bit wider the chasm that will become a black hole into which Nevada taxpayers money will be endless, relentlessly sucked.

That $750 million in Clark County room tax money is just the first of the piles of tax money that will be swallowed by the supposedly $1.9 billion, 65,000-seat domed (doomed?) stadium that someday might house the Raiders and possibly UNLV football.

Remember, the Nevada Department of Transportation estimates it will take $900 million to improve the roads to access the most likely stadium site. Don’t think for a minute that the billionaire Raiders owners are going to pay for that.

In any other development, the developers pay for the roads. You see all those saw-tooth roads around the valley — ones that switch back and forth from two lanes to four lanes? That is because first builders in the rural areas were only required to pay for two-lane roads, while later builders were asked to pay for wider roads. Who do you think paid for the parkway that provides access to Howard Hughes’ Summerlin development?

Then there will be demands for upgrades, just like at every other NFL stadium in the history of the world, fleecing the taxpayers for billions.

As for economic improvement, most workers will be minimum wage and part-time, adding more to the welfare rolls than lifting people off.

When billionaire hotel, casino and newspaper owner Sheldon Adelson floated the idea of building a $1 billion stadium for the Raiders, I thought it would be like any other hotel amenity — just something to attract a few more suckers to the gambling tables and into the beds. But somehow Adelson wriggled out of his supposed $650 million commitment, though the stadium project lives, meaning he gets the amenity without footing the bill.

And who is to say it will ever cost $1.9 billion to which the price tag is said to have grown? Perhaps it can be built for less and stick the taxpayer with the bulk of the cost.

A stadium is a liability, not an asset. It is an insatiable maw that swallows tax money in perpetuity.