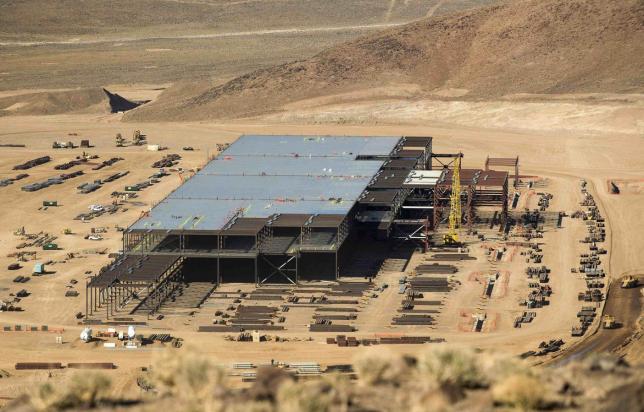 (Thomas Mitchell) – Apparently, what Tesla Motors lacks in profit, it makes up for in volume.

The company’s stock increased 10 percent Wednesday following a lackluster third quarter report. It sold fewer cars than anticipated this past quarter, but projects more this next quarter, so the price went up. Tesla logged a loss of 58 cents a share.

Investor’s must be like the Nevada Legislature. Never mind actual performance, it is the blue sky promises that count.

That’s why the governor and the Legislature cut a deal with Tesla for its new battery manufacturing facility to operate tax-free for a decade if it invests $3.5 billion. The deal eventually amounts to tax exemptions and credits totaling $1.3 billion. The state also agreed to spend $100 million to build a highway linking the site to U.S. Highway 50 in Lyon County. It has been estimated that the deal equals $385,000 per job.

Tesla hopes its gigafactory will be able to cut the price of batteries for its cars from $500 per kWh to $250. The company’s Model S is equipped with an 85 kWh battery pack. That could save $21,000 and make the cars break even? That’s a business model to envy — break even.

A competitor intends to build batteries for $100 per kWh.