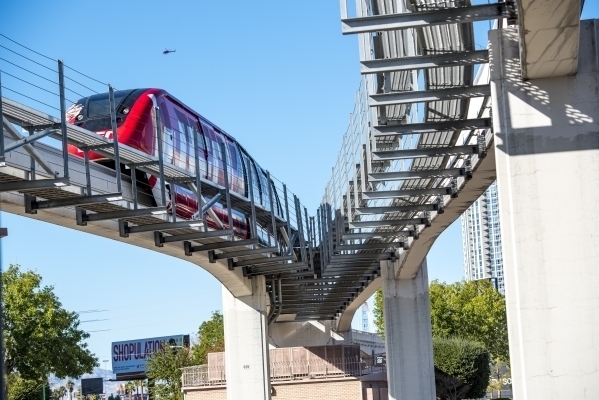 (Bethany Barnes, Las Vegas Review-Journal) – Las Vegas Monorail Co. is on its way to effecting a 2000 resolution signed by county commissioners, allowing the company to pull from its account investment earnings that would be used to expedite monorail’s expansion from MGM Grand to Mandalay Bay. It was the Clark County commissioners ‘ decision, Tuesday, to effect the resolution’s implementation.

Accordingly, Monorail currently has $6 million on account purposely intended for finanacing in case the company dissolves; $1.9 million of which are its earnings. The latter amount is planned to be utilized in securing a design and a guaranteed maximum price of the expansion. When the final amount has been determined, the company can then set the project to the bond market for financing.

The expansion would basically create a new station and two new trains, all of which would predictably promote tourism, attracting passengers to a more or less 30,000 hotel rooms in the city.