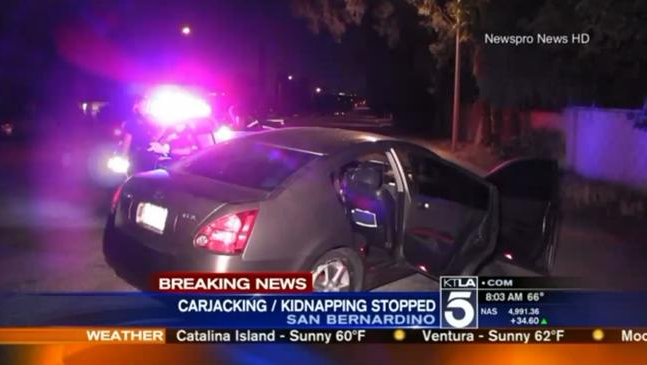 (Joseph Serna, Los Angeles Times) A man who stole a car in San Bernardino late Sunday night with two small children in the back seat was followed and ultimately arrested because of the vigilance of three good Samaritans, police said.

The frantic series of events began in the parking lot of Rocky Market on East Highland Avenue about 11:30 p.m., when police said a mother ran inside to grab drinks for her two children who were strapped into car seats in the back of the vehicle, according to San Bernardino police Lt. Rich Lawhead.

The woman left her car running, the air conditioner on and parked directly in front of the market window so she could see the car from inside the store, Lawhead said.

But outside was Steven Young, 21, a local transient, police said.

When the mother “took her eyes off the car for a minute,” Young jumped in and began to pull away, Lawhead said.
Click here to continue reading