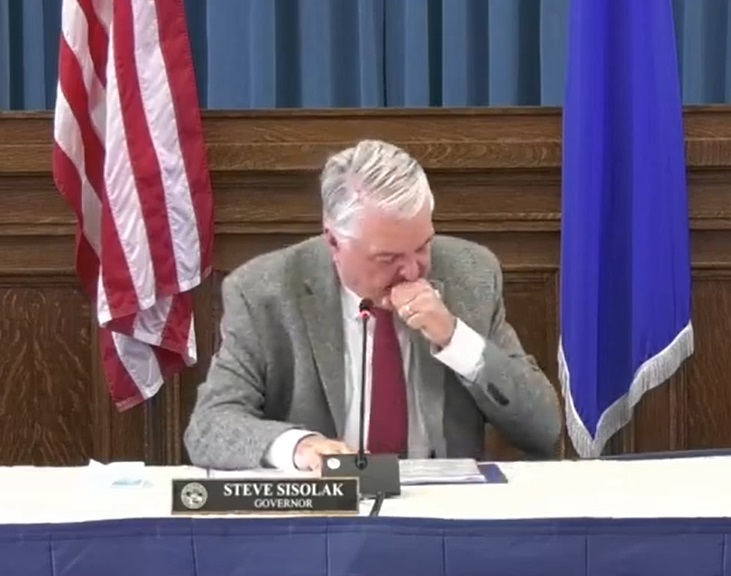 (Craig Mueller) – I call Steve Sisolak to resign. This position is so damnably stupid that is hard to believe it is a result of a good faith effort to protect the public.

First, what is a case? Deaths are not increasing. So if I have the virus and have no symptoms, am I a case? If I seek medical treatment for minor symptoms but am turned away without treatment and told to shelter in place, am I a case?

This is important because what our Governor is doing is talking fast. No one in the press is asking questions.

The idea was to flatten the curve. That is, reduce the surge demand on the medical system so the small percentage of people who needed medical intervention would not overwhelm the system and lives would be saved.

The surge never happened.  Nearly certainly because the virus had already been in the population months or years earlier.

This point has been publicly conceded by Nevada health officials. The more we test therefore, the more “cases” we will find. Ironically  , it will mean we are safer if we find them.

Officials closed the large “homeless hospital” yesterday for lack of “cases.” They literally could not find homeless people or anyone else to treat.

Now our great “protector” is trying to protect us from exposures that have long since happened. Our governor is a grifter who seems determined to drag this fraud out as long as possible.

This is not about public health – not now.  It is about political advantage. He has tossed 500,000 Nevadans out of work for his benefit. The damage that this partisan charade has caused to the state is almost literally beyond calculation.

The true extent of the economic damage has not even really begun to be felt. Wait until the eviction moratorium is challenged and lifted and money for unemployment runs out.

I CALL ON STEVE SISOLAK TO RESIGN!!

Mr. Mueller is an attorney in Las Vegas and former candidate for Nevada Attorney General