Remember a couple days ago when I wrote about how you never know who you might meet at a conservative conference or convention?  How 20 years ago I got to meet Kellyanne Conway (at the time, Kellyanne Fitzpatrick, before she got married)?

The thing is, there are young conservatives out there right now, today, who will be carrying our message of limited government into the next generation.  They’re not super-star household names…yet. But like Kellyanne, they will be some day.

And with that in mind, I can’t tell you how happy I am that we just confirmed a new speaker for the 2017 Conservative Leadership Conference in Las Vegas next month…’cause there is NO DOUBT in my mind that he will be a conservative national super-star in the very near future.  I guar-an-tee it! 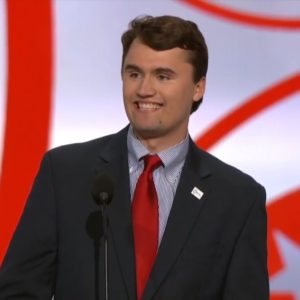 Charlie Kirk is the Founder and Executive Director of Turning Point USA, a national student movement dedicated to identifying, organizing, and empowering young people to promote the principles of free markets and limited government.  TPUSA is now in over 1,300 high schools and college campuses. 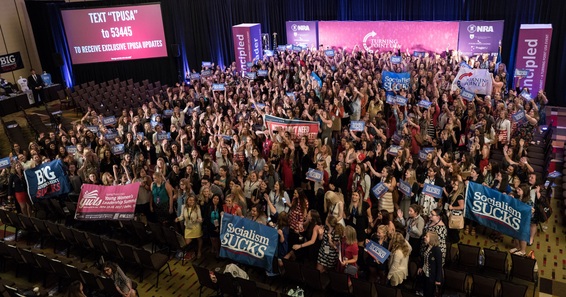 I met Charlie at the grand-daddy of conservative conferences – CPAC – in Washington, DC a couple years ago.  TPUSA had a huge booth in the Exhibit Hall and an army of students promoting the organization and the conservative cause.  Gave me big hope for the future!

They were also selling t-shirts that read: “Big Government Sucks.”  I just HADto buy one and still wear it often today – especially when I know I’m going somewhere where there’ll be a lot of liberals! 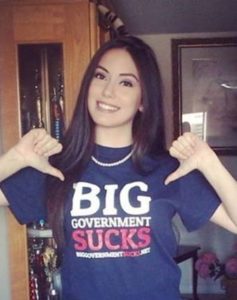 In the leftists’ bible, “Rules for Radicals,” Saul Alinsky wrote that “Ridicule is man’s most potent weapon.”

And TPUSA has become THE master at ridiculing liberals in “memes” posted regularly on the organization’s website, Facebook page and Twitter feed.  They are bitingly sarcastic and never fail to bring a smile to my face.  Here are just a few of my favorites… 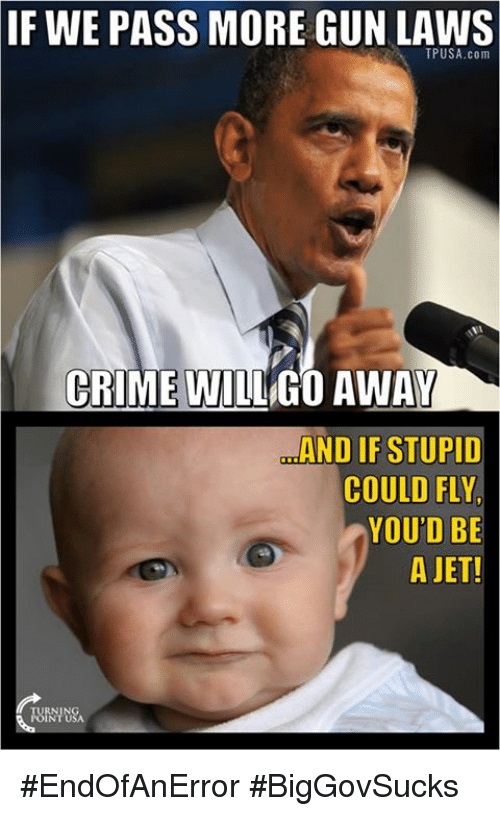 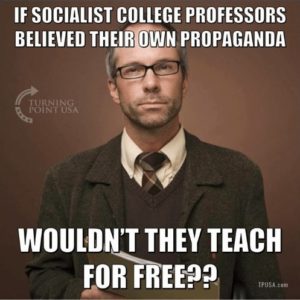 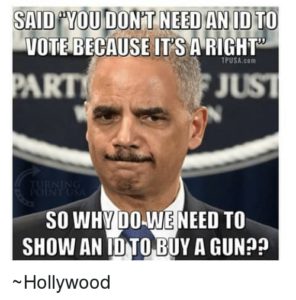 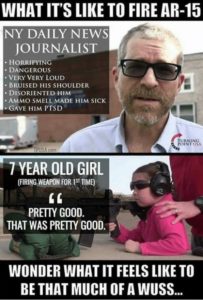 “I have never been around an organization so well run,” rising millennial conservative star Tomi Lahren says of TPUSA.  “They are fantastic.”

Yes, they are.  And, Charlie Kirk, the young man behind the magic keeping the torch of freedom lit on high school and college campuses, will be speaking at CLC ’17 on September 15-16 at the Tropicana Resort in Las Vegas.

It’s not too late to take advantage of our Early Bird registration prices AND our killer “2-for-1” offer.

Just go to www.CLC17.org and “Register” today.  Believe me, you’re gonna want to meet Charlie NOW – BEFORE he becomes the conservative colossus he’s destined to become.

They’re both a lot older than Charlie, so they don’t get as much ink!  🙂

But we’re thrilled, proud and honored to add them to our roster nonetheless.  This is gonna be a great event.  Register NOW.

“Top Trump donor ponies up to take out Flake:  Robert Mercer, a reclusive hedge fund billionaire who was intimately involved in Trump’s rise and helped to bankroll his 2016 campaign, is contributing $300,000 to a super PAC supporting former state Sen. Kelli Ward, who is challenging Flake in a Republican primary next year. It’s the latest sign that Trump’s political machine is preparing to take on Flake, whose persistent attacks have angered the president.” – POLITICO’s Alex Isenstadt (Is Nevada’s Sen. Dean Heller next on the list?)