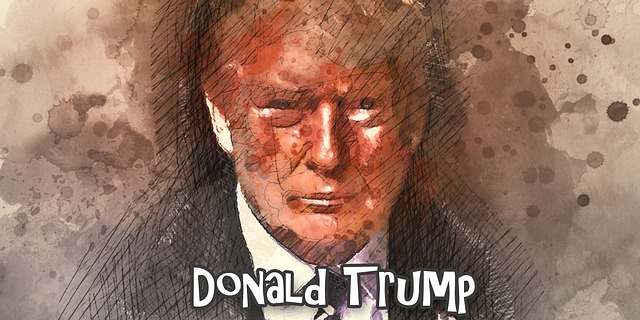 Last week I wrote:  “Trump-watching Republicans who cringe every time the news comes on should apply a keen sense of humor to what the media and the Democrats say about President Trump.’  I theorized that while liberals, media and “never-Trump” Republicans spread rumors that his inconsistencies, tweets and peccadillos evidence a mental state of near craziness his loyal base sees these as NBA quality head fakes designed to divert attention from what he’s really doing; in short, he’s crazy like a fox.

Sure enough last weekend the Reno Gazette Journal’s liberal opinion columnist Cory Farley wrote:  “Liberals’ fears have increased, and some conservatives – your analytical, news-reading, attention-paying type of conservatives – get edgier every time the loose cannon (Trump) rumbles past.  They don’t know what to do.”

The Washington Post’s conservative but Trump-skeptic opinion writer Charles Krauthammer seems to reflect Farley’s characterization.  He opines that “Donald Trump’s worst week proved a particularly fine hour for democracy” citing: 1.”the military says no to Trump on the transgender ban,” observing that Defense Secretary James Mattis ignored his commander’s tweet ordering transgender persons out of the military; 2. “the Senate saves Sessions,” Krauthammer noting that Attorney General Sessions’ Senate colleagues deterred Trump from firing him by threatening to hold up approval of any successor; 3.  “Senate Republicans reject Obamacare repeal,” reflecting, in Krauthammer’s view, GOP solons voting their genuinely split consciences rather than blindly handing Trump a campaign promise fulfilment; 4.  “the Boy Scouts protest” where Krauthammer praises that group’s chief executive for apologizing to his minions for the political nature of Trump’s speech to them; and 5. “the police chiefs chide” Trump for his speech to officers suggesting they don’t have to coddle “perps”.  Krauthammer’s point is that despite our chief executive’s week of peccadillos “the sinews of our democracy held against the careening recklessness of this presidency.”

Conversely those who see Trump as Saint George slaying the Washington DC swamp dragon view his media-condemned eccentricities as strategic “feints” to divert the attentions of conventional political analysts from his real targets.  Fox News’ Greg Guttfield noted on his hilarious Saturday night show that Trump has been a skilled “salesman” diverting his opponents’ focus to his inconsistencies while Neil Gorsuch got confirmed to the Supreme Court, the stock market soared, a glowing, optimistic jobs/unemployment report was issued, the Democrat governor of West Virginia switched to the GOP, ISIS was evicted from Mosul and a perfidious United Nations Security Council, including China and Russia (for the first time ever??) actually followed the United States’ lead in imposing crushing sanctions on North Korea for its unlawful missile activity (full disclosure:  Guttfield and a few Tahoe area alumni, including me, are among the few conservative Berkeley graduates . . . hope springs eternal).

Following suit New York Times columnist and economist Larry Kudlow said last Sunday on “The Cats Roundtable”:  a “Trump market, along with increases in other global and domestic markets is playing into a bull market that is going to help everybody’s retirement outlook.”

Meanwhile, back in Nevada, conservative activist-blogger and early-on Trump supporter Chuck Muth cited this quote: “People of the media are often recklessly devious and deceptive.  Journalism, if you even want to call it that, these days is widely considered one of the most untrustworthy professions in the United States”.  Muth found this in Trump’s book “The Art of the Comeback” written in 1997 . . . twenty years ago.  He characterizes it as “prophetic”.  Muth goes on to tell his readers:  “You don’t drain a swamp with gentle coaxing and therapy puppies.  Buckle up, America.”

Republicans, keep your sense of humor.