Need Something Awesome to Cheer You Up Today?

Need Something Awesome to Cheer You Up Today?
N&V Staff 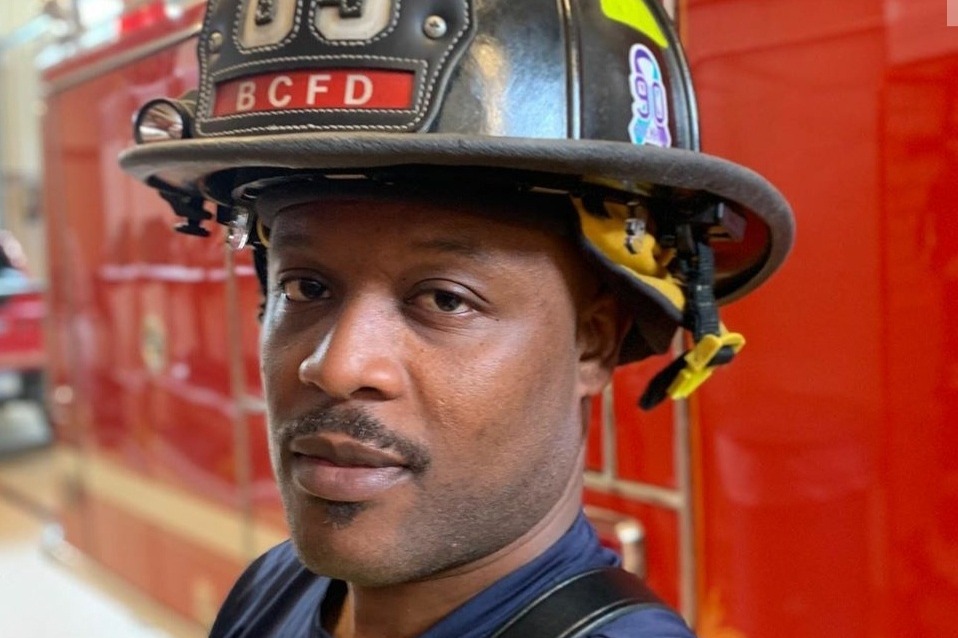 But before he could open the doors to Scores Sports Bar, which had already been delayed thanks to COVID-19, rioters destroyed it.  The entire building was burned down.

No, that’s not the cheerful news.  Hang on.  It’s coming.

The day after the destruction, Mr. Balla wrote…

“I went to Scores yesterday and all I could do was cry. As a firefighter and public servant, I am used to saving lives and being strong, but this broke me. The glass was broken, it was looted, and vandalized. While filming for CNN, people came in trying to steal the safe and I wondered what next?

No, that’s still not the cheerful news.  Here ya go…

“My community, that’s what. Strangers showed up with brooms, cleaning supplies, trash bags, and food. They helped me and my family clean up in 20 minutes what would have took days. THIS IS WHAT GIVES ME HOPE! I want to thank and shed light on the real true Minnesotans who helped many of us small business owners clean up yesterday.”

Hang on.  It gets better…

“Feel bad for Korboi Balla. This country is about making your dreams come true.  Before he could open his bar, rioters destroyed it.  I just donated to his GoFundMe page.  Korboi, hope you make an even better sports bar!”

Following Mr. Parscale’s lead, I went to the GoFundPage and kicked in $100.

But no, that’s still not the best, most cheerful news.  Get this…

The goal of the GoFundMe campaign was $100,000.  But the amount raised so far isn’t anywhere near that amount.

Freaking AWESOME!  And I hope this good man breaks a million.

From the Files of The Schwartz Report

Let’s hop into the Wayback Machine…

When asked about the referendum, then-State Treasurer Dan Schwartz, who was running against Laxalt, called it a “waste of time.”  Said he could only support its repeal if the funds from the tax were replaced with funds from another tax source rather than reducing spending.

“There’s a hole in the budget,” Schwartz said, “let’s take money from another source (and) use that to plug the hole.”

That is decidedly NOT the conservative position, despite the fact that Schwartz is billing himself on his campaign website as a “Constitutional Conservative.”  He should thank his lucky stars there’s no truth-in-labeling laws that apply to political campaigns!

Conservatives can vote for Small with a clear conscience.  He’d vote the way you want.  However, you first have to win the seat.  And I haven’t seen the kind of campaign Jim would need to beat the Democrat in November.  That’s what worries me.

I met with Kasama a few months ago and liked her.  But now I’m seeing things that worry me.  A lot.

First, she’s Hambrick’s choice. That alone should scare any conservative.

Secondly, she dropped her independent political consultant and has the incompetent Republican Assembly Caucus guys, who answer to the RINOs in the caucus, running her campaign.

Who do you think she’s going to align with in caucus leadership fights?

Thirdly, she’s nailing down support from the Carson City establishment crowd – including the do-nothing Las Vegas Chamber and Nevada Realtors Association, which is investing a huge amount of money bloodying up her opponents in the race with third-party hit pieces.

Conservatives are right to be concerned as to where her allegiance would lie when these special interests come a’callin’.

Sexton would be a solid, independent conservative vote.  He’s “one of us” and won’t go-along-to-get-along with the RINOs in the caucus.

However, he also had a run-in with Metro while intoxicated at his brother-in-law’s house a year ago during a rough family situation.  The body-cam video of the incident is, admittedly, not pretty.

However, Erik regrets what happened, has owned up to it, apologized, and isn’t trying to trivialize it at all.  And if he wins this primary, he will DEFINITELY be battle tested going into the general election.

This race is a tough one to call.  I like all three candidates and will support whichever one moves on to the general election in November.

So my recommendation in Assembly District 2 GOP primary is Erik Sexton.

This is another really tough one, but for different reasons.

The incumbent Republican, Assemblyman Greg Hafen, was appointed to the position after Assemblyman Dennis Hof passed away before taking office.  It was a political appointment thanks to family connections, nothing more.

After being sworn in, Mr. Hafen aligned himself with the RINO Caucus, especially the worst Republican in the entire Legislature (and that’s saying something!), Assemblyman Glen Leavitt.

He’s also refused to sign the Taxpayer Protection Pledge, saying in a recent debate – that his opponent, Joe Bradley, refused to participate in despite nagging Hafen for months to square off with him – that we should just take his word for it.

Unfortunately, Bradley has serious problems of his own that I experienced first-hand as a former campaign adviser.  While he would likely be a more conservative vote, Bradley has some serious integrity issues.

Yes, he says the right things that conservatives want to hear and comes off as a very nice guy in person.  However, he lacks the political judgment and temperament to be effective, including a seriously unhealthy problem with paranoia.

And here’s another concern:

Right now, 30 of the Assembly’s 42 seats are represented by someone from Clark County.  District 36 covers all of Nye County and parts of Clark and Lincoln counties.  Bradley lives in Clark County.

Do the rural voters of Nye and Lincoln counties really want to be represented by a Clark County suburbanite?  Aren’t 30 out of 42 seats enough for Clark?

As a conservative, I can’t recommend Mr. Hafen.  But because of my personal and direct working experience with Bradley, there’s no way I could vote for him.  If I had to vote today, I’d probably leave that race blank on my ballot and look for a better alternative in 2022.

So unless something changes between now and Election Day, I’m sticking with “None of the Above” in Assembly District 36.

* It’s not enough to arrest the rioters and looters.  If they’re simply caught and released with no serious penalty, then getting arrested is no big deal.  Wanna deter this crap in the future?  Then prosecutors and judges need to throw the book at these people NOW.

* The anarchy in a number of major Democrat-run American cities has succeeded in ending the debate over gun control for at least the next decade.  Everyone now knows that law enforcement simply cannot protect them in a situation like this.  That’s why it’s called self-defense.

* The shutdown over COVID-19 has also succeeded in ending the debate over whether or not to build a wall on our southern border.  Git ‘er done.

“Friendly reminder: If you can loot in person, you can vote in person!” – Brigitte Gabriel

“I can accurately describe to you everything that is going on right now in one word: fatherlessness.” – Alex Clark