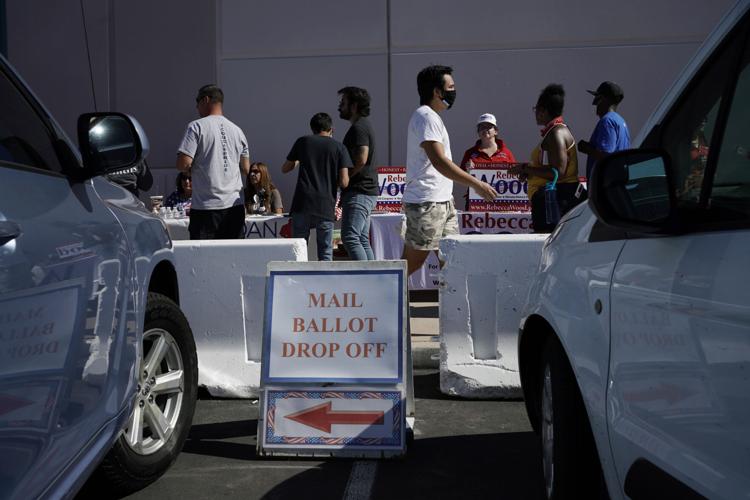 In this June 9, 2020, file photo, a sign indicates where mail ballots may dropped off as people wait in line at one of a few in person voting places during a nearly all-mail primary election in Las Vegas. Nevada’s new vote-by-mail law includes provisions allowing anyone to collect and return ballots on a voter’s behalf, a practice critics deride as ballot harvesting and that President Donald Trump and Republicans are targeting amid a broader fight over voting amid the pandemic.
AP Photo/John Locher, File

The large draw of voters includes a hefty bipartisan crowd taking advantage of mail-in voting due to the COVID-19 pandemic.

Nevada Secretary of State Barbara Cegavske’s Office reports that 157,927 voters have already returned their ballots as of Thursday morning.

According to the Clark County Clerk and Recorder’s Office, turnout in the Las Vegas Valley area is much higher than what the state reports. For the first week of early voting in Clark County, 140,501 people have voted.

Under AB 4, every active registered voter in Nevada will get a mail-in ballot for the general election.

The Trump administration sued Gov. Sisolak and the state legislature for the passage of AB 4. A federal judge dismissed the lawsuit.