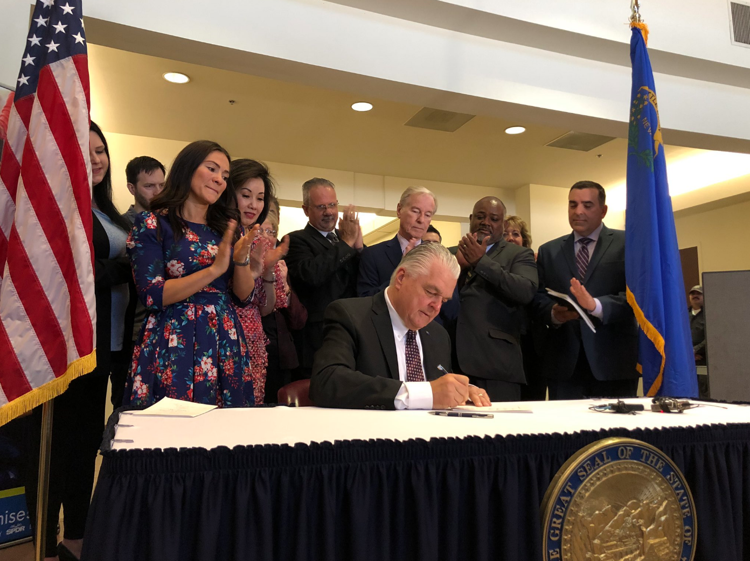 Sisolak signed Assembly Bill 291 on Friday. The wide-ranging legislation includes a ban on “bump stock” devices similar to those used in the 2017 Las Vegas Strip shooting, in addition to the “red flag” measure, which allows family members or law enforcement to petition a judge to order an extreme risk protection order for a person’s firearms.

Under the order, firearms would be temporarily seized from the person in question thought to be a threat by family or law enforcement.

Similar legislation has been scrutinized by some legal experts and law enforcement for not protecting due process rights of those whose firearms are seized.

The law also expands on the state’s regulations for storing firearms.

The Bloomberg-backed gun control groups Everytown for Gun Safety and Moms Demand Action for Gun Sense in America praised the governor for signing the legislation.

“Nevada just sent another powerful message to states that share its long tradition of gun ownership: The political map is changing when it comes to gun safety,” Everytown for Gun Safety President John Feinblatt said in a statement. “For the second time in less than a year, Nevada – a state once considered an NRA stronghold – has enacted common-sense reforms that put public safety first while creating a model for how we can keep our classrooms and children safe.”

The National Rifle Association’s Institute for Legislative Action characterized the law as “ignoring the constitutional rights of law-abiding Nevadans.”

“This bill lacks strong due process protections and contains low evidentiary standards that fall well below the norm for removing fundamental constitutional rights,” the group said of the “red flag” measure.

The Center SquareNovember 7, 2022
Read More
Scroll for more
Tap
How to Resolve the Yucca Mountain Fight Once and for All
Keep America Great: The Summer of Our Politics