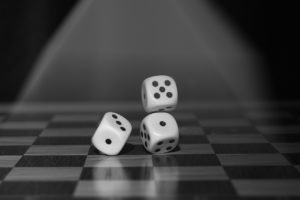 Nevada’s economy is on a winning streak — and it’s only growing stronger by the day.

To take that newfound prosperity and bet it all on the Democrats would be beyond foolish.

In March, an annual survey of Nevada small business owners found that confidence in the economy is at a record high — over 87 percent of owners and small business decision-makers think the Silver State’s economy is moving in the right direction.

It’s the highest rating in the survey’s entire history, and it’s not hard to see why small business owners are so excited.

President Trump is putting Main Street first by offering small businesses a 20 percent tax deduction. Unlike his predecessors, the President recognizes that there’s more to the economy than just Wall Street’s bottom line. It’s no wonder that small business enthusiasm is so high, and that Main Street is positioned to embark on a “hiring spree.”

Nevada’s economic recovery is having an equally impressive effect on local communities. Las Vegas-Henderson, an economic area that includes part of the state’s 3rd Congressional District, has entered a period of extraordinary growth since President Trump’s inauguration. It is precisely this growth that has motivated businessman Danny Tarkanian to run for Congress and further fulfill the President’s economic vision.

President Trump’s policies have also had a positive impact on Nevada’s Hispanic community, which makes up around 29 percent of Nevada’s population and are the second-largest demographic in the 3rd District.

Record-low unemployment rates are not surprising. Latinos demonstrate an exceptional entrepreneurial spirit and are almost twice as likely to get into business than the general public — and the President’s economic agenda is specifically designed to spur small business growth by slashing taxes and burdensome regulations.

Given this stunning success across nearly every sector of the economy nationwide, one might think Democrats would appreciate the benefits being enjoyed by their constituents, but one would be wrong. The Democrats are fully committed to deny President Trump even the smallest success at the expense of hard working men and women everywhere.

Fortunately for Nevada, Danny Tarkanian is an ally to the President’s cause. He supports the Trump agenda and the policies that will build on our economic success in Nevada long into the future.

Encouraged to run by President Trump himself, Tarkanian is the pro-worker candidate who will stand up to obstructionists in Congress when they push to undermine America’s economic recovery. Tarkanian has also pledged to cut government spending.

By supporting him in November, Nevada voters will take an important step towards securing a better future for their economy and showing radical Democrats that they won’t be allowed to stand in the way of an incredible economic boom.

This November, let’s make a safe bet and send Danny Tarkanian to Washington to defend Nevada’s future prosperity and help President Trump deliver on the rest of his American First agenda.