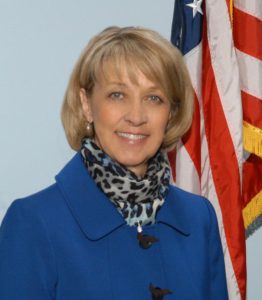 (Dimarkco Chandler, Guardian Liberty Voice) – If you live in Nevada and received a campaign mailer from “Nevada Jobs Coalition PAC” attacking candidates with bizarre accusations, you will want to ignore them. A close look at where they are originating is eye opening and reeks of establishment coordination.

As in other states, Nevada requires disclosure of campaign contributions for candidates and formed political PACs. The Secretary of State is to monitor the flow of political dollars and ensure contributions follow the established guidelines. In a primary election, for state candidates, the maximum contribution per donor is $5,000. Another $5,000 is allowed in the general election.

Political Action Committee (PAC) are organizations that pool campaign contributions from its members to support or oppose candidates, ballot initiatives, or legislation. In Nevada, these groups are limited to donating $5,000 in the primary and $5,000 in the general to any one candidate.

The rule of “no coordination” in Nevada doesn’t appear to be enforced by the Secretary of State, Barbara Cegavske.

A bare bones minimal search of a handful of PAC’s, including Nevada Jobs Coalition PAC,  indicates there is absolutely no oversight by the SOS office. Why force candidates and PAC’s to report if no one bothers to provide control to ensure the guidelines are being followed?

Can one person run more than one PAC? Yes, but they are barred from coordination. However, when you search through the reporting of donors, you will find the same names and PAC’s showing up consistently. The contributors all seem to favor the same group of candidates.

With the GOP in a battle for leadership and direction, coordination seems to be in play with the “Establishment” candidates. Nevada Jobs Coalition PAC appears to be coordinating with high ranking political figures and is currently mailing campaign attack flyers. Coordination, starting with Governor Brian Sandoval, and his support of particular candidates, those who voted for his massive tax hike in 2015, is undeniable. The Governor was conducting robo calls for his select group of candidates in May just before polls opened.

Also, persons known to work for the Governor seem to play a significant role in diverting and moving money around in the PAC’s that are currently doing campaign mailings for the establishment candidates.

Recently, a positive mailer, with the same picture on the front but individual candidate information on the back was sent out by Nevada Jobs Coalition PAC for several establishment candidates. The choice of candidates the PAC supports is, in fact, the same candidates backed by the Governor. The candidates include Erv Nelson, Glen Trowbridge, Derek Armstrong, Paul Anderson, Artemus Ham, Tiffany Jones, David Gardner and others. The incumbents all voted for the Governor’s Commerce Tax in the 2015 legislature.

New in the picture is Majority Leader Paul Anderson’s Growth and Opportunity PAC. Anderson and his PAC contributes to the same group candidates. Candidates that all supported and voted for the Governor’s Commerce Tax.

Why make any candidate or PAC report financial information when such blatant coordination is turned a blind eye to by the SOS office?

Big corporations and wealthy donors often contribute to PAC’s when they support a candidate so that the PAC may help their efforts. The problem in Nevada seems to be coordination. Coordinating is against the law and carries a penalty.

The Las Vegas Review-Journal wrote about the coordination in 2014, yet SOS, Barbara Cegavske, has ignored reports.

In a Las Vegas article, “The best political attack? One your opponent can’t answer),” posted September 22, 2014:

“Will it resonate now that it’s being touted by the “Nevada Jobs Coalition”? That’s a PAC whose resident agent is Chrissie Hastie, and which shares its address with three other similar PACs. According to the Las Vegas Sun, the coalition is run out of the offices of November, Inc., the political consulting firm run by Sandoval adviser, Mike Slanker.”

Similarly, NEWSMAXTV Las Vegas has filed a complaint with the Secretary of State concerning Assemblyman Paul Anderson for paying himself and two credit card debts totaling over 45K from his campaign funds.

SOS, Cegavske, to this point, seems to be ignoring the most obvious coordination from high ranking political figures in Nevada.