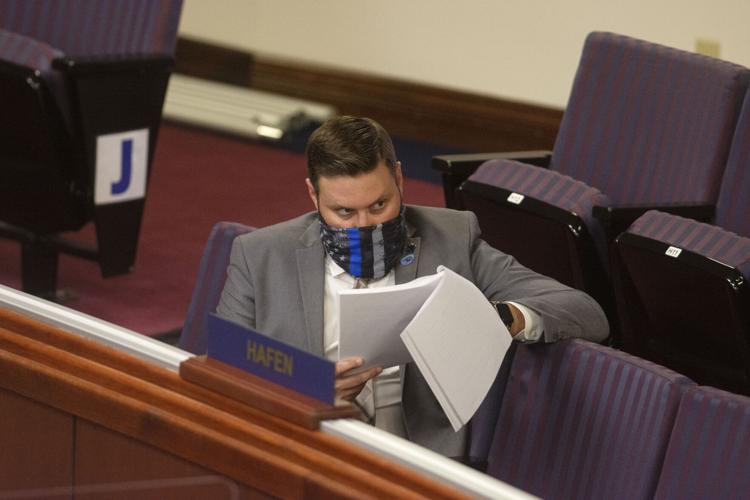 (Bethany Blankley) – Nevada’s Democratic-controlled legislature passed a bill during a special legislative session over the weekend requiring all Nevada voters to receive mail-in ballots due to the coronavirus.

The proposal received no Republican support in either chamber.

The bill includes a provision that allows mailed ballots to be delivered to non-family members living at the same address. Many Republican lawmakers have argued that this would allow for ballot harvesting.

Former gubernatorial candidate and attorney general Adam Laxalt tweeted, “Gov. Sisolak and the Nevada Democrats called a special session with no public present and inside 24 hours are ramming through mail-in balloting and ballot harvesting. They are massively altering our election 97 days out entirely without the Secretary of State. They are working to steal our election.”

President Donald Trump weighed in, tweeting, “In an illegal late night coup, Nevada’s clubhouse Governor made it impossible for Republicans to win the state. Post Office could never handle the Traffic of Mail-In Votes without preparation. Using COVID to steal the state. See you in Court.”

Ronna McDaniel, chairwoman of the Republican National Committee, said protesters were out in force “protesting Nevada Dems’ attempts to ram through mass mail-in voting and ballot harvesting. Democrats want to use the pandemic to destroy election integrity.”

In response, state Senate Majority Leader Nicole Cannizzaro, D-Las Vegas, criticized McDaniel, saying, “I’ll be damned if I’m going to let a partisan hack like you use this pandemic to suppress Nevadans’ right to vote. Nevada will have a free, fair and secure election this November.”

Many Nevadans who filed for unemployment in March still have not received their payments because of the state’s beleaguered bureaucratic system. Senate Bill 3 would simplify the submission and processing of unemployment claims, expand benefits for some claimants, and enact policy changes in response to state and federal policy changes and orders.

Sen. James Settelmeyer, R-Gardnerville, said the bill should have been passed in the first special session that met in July.

“The citizens of Nevada need help. They’ve needed help for a long time,” he said. “We should have made this a priority on Day 1 of the first special session.”

The mining tax proposals fell along party lines. In order to be considered on a ballot for voters to decide, the bills have to be voted on again by lawmakers in the 2021 session, according to the state constitution. If the bills pass, then voters would decide in the next election.

Senate Joint Resolution 1 and Assembly Joint Resolution 1 would remove the constitutional requirement of a 5 percent tax cap on net proceeds of minerals, and replace it with a 7.75 percent tax on mining’s gross proceeds. “The difference, based on 2019 industry revenues and tax collections, could be an additional $350 million in revenue annually,” the Las Vegas Review-Journal reports