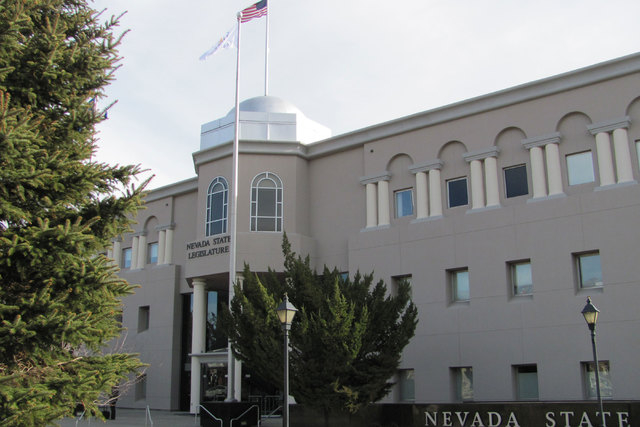 (Katelynn Richardson) – The Nevada Legislature’s Interim Finance Committee approved a plan Wednesday that could open up $35 million in federal funding to small businesses within the state.

Pending U.S. Treasury Department approval, Nevada will receive $35 million for the initial phase of the State Small Business Credit Initiative (SSBCI 2.0) and would be eligible for up to $105 million if it meets U.S. Treasury’s deployment requirements of 80% of the first phase within three years.

SSBCI 2.0 is a follow-up to the initial $1.5 billion program launched by the Obama Administration in 2011, which brought $13.8 million to Nevada small businesses. President Joe Biden’s signing of the American Rescue Plan on last year allocated a total of $10 billion to the SSBCI for funding states’ small business credit and investment initiatives.

“Small businesses are the backbone of all of our communities in Nevada,” Gov. Steve Sisolak said in a statement. “This first phase of funding will hopefully lead to up to $105 million over the entire duration of the program to bolster our small business owners. I’m proud of the work done by GOED who will now partner with the U.S. Treasury to enter the implementation phase.”

“For this new iteration of SSBCI, we will substantially broaden the Program’s scope to include a total of five components, which will increase our ability to support small businesses tremendously,” said Karsten Heise, GOED senior director of Strategic Programs and Innovation. “All components will launch by January 2023”.

Multiple agencies supported the GOED’s plan during the public comments portion of the IFC meeting, including StartUpNV, the City of Las Vegas, and the Nevada Credit Union League.

“It is my strong belief that GOED has developed a comprehensive plan, informed by the current best practices for inclusive economic development in partnership with insights from small businesses and financial institutions, that will create sustainable job growth across key sectors,” Nevada Credit Union League Vice President of Social Impact Daniel West wrote in his public comment.

West noted that the “$13M incentive target at supporting businesses owned by Socioeconomically Disadvantaged Individuals” is a “key element” of the program.

StartUpNV is one of the private investors that will be partnering with the SSBCI program. Since the non-profit’s beginning in 2017, they’ve helped launch dozens of companies, such as VetCompanion, FreeByrd, Heligenics, and CareShare Manager.

“We want to create a vibrant, inclusive startup community here in Nevada,” Saling said. “The SSBCI program, as it is constructed right now, is going to drastically improve our situation.”

“Because it is an investment and not a grant, it should return capital to the program, just like it does for our investors,” he continued.

Sasha Stephenson, Vice President of Government Affairs for MGM Resorts International and member of the GOED board, also shared her support for SSBCI 2.0, which she said could provide pre-seed funding for startups from the state’s research universities and fund up to 176 deals.