(Michelle Rindels of Associated Press) – A Nevada assemblyman who broke rank with fellow Republicans on a key bill opposed by unions has moved from a committee where he was a swing voter.

Assemblyman Glenn Trowbridge, a Las Vegas Republican who was appointed to his seat by the all-Democrat Clark County Commission, was moved from the Assembly Government Affairs Committee and reassigned to the Assembly Judiciary Committee on Wednesday. 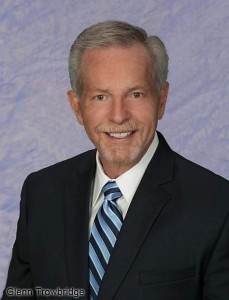 Although Trowbridge, who describes himself as a “pragmatic political moderate,” said he doesn’t believe the move was retaliation for a non-party vote last month, representatives from progressive groups say it appears Republican leaders are trying to silence dissenting voices to clear the way for conservative legislation.

“You took someone who was very moderate and replaced him with an ideologue,” said Annette Magnus, executive director of Battle Born Progress. “It’s punishment for him speaking out on issues.”