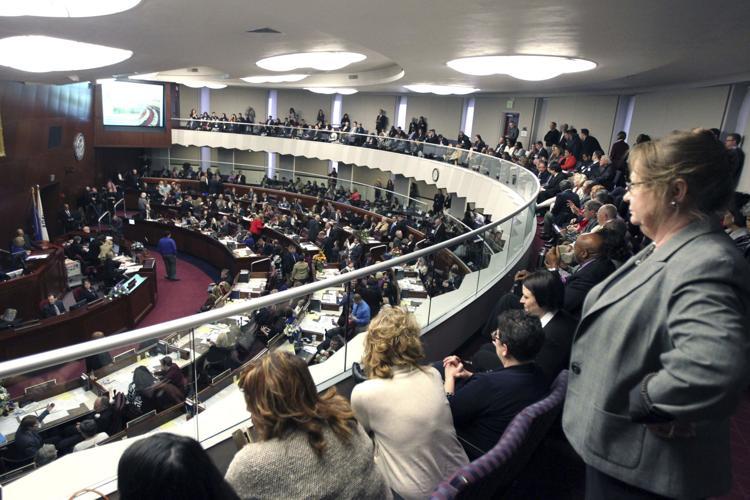 In this Monday, Feb 6, 2017, file photo, spectators look down on the Nevada State Assembly on the opening day of the Legislative Session in Carson City, Nev.
AP Photo/Lance Iversen

Legislation passed last year requires the state’s minimum wage incrementally increase by $0.75 every July 1 until the 2024 fiscal year, when it reaches $12 per hour or $11 per hour.

The automatic minimum wage increase draws concern from the National Federation of Independent Business (NFIB) Nevada, which represents small businesses across the state.

“This cost increase could not have come at a worse time,” NFIB-Nevada Director Randi Thompson said in a statement. “Thousands of small businesses are struggling to recover from an administratively forced shutdown that devastated their business.”

“Now, they have to increase costs at a time when revenues are down. For businesses that can only operate at 50 percent capacity, they cannot absorb this increase,” Thompson added.

The Center SquareMay 5, 2022
Read More
Scroll for more
Tap
Poll shows voter support for public lands amid COVID-19 pandemic in western states
Carolyn Goodman was Right: Another in a Series