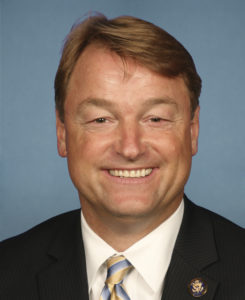 Let’s review that “Republican year” in Nevada in 2016, shall we…

Yeah, that’s a helluva “Republican year,” Senator.  Is this the kind of “fake news” we can expect from your campaign for the next year?

No matter how Sen. Heller tries to spin it, he won’t be able to overcome this pure, simple fact:

You can fool a lot of people some of the time, but good luck trying to fool Nevada GOP primary voters on that one next June!

BTW, Heller isn’t the only moderate “Never Trump” Republican who has earned himself a conservative GOP primary challenge.  It’s actually a movement spreading coast-to-coast.  Read more from our friends at ConservativeHQ by clicking here

Las Vegas Review-Journal columnist Victor Joecks has a well-done column today outlining four reasons why Tarkanian could beat Heller in the GOP primary next year.  You can read it by clicking here.

And in light of this discussion, let me share a story I’ve never told publicly…

Hearken back to last fall.  In the latest example of the proverbial “October Surprise” dropped on a Republican presidential candidate, the fake news media released a secretly-recorded audio of a “locker room” conversation Donald Trump had had with an “Access Hollywood” host a dozen years earlier.

On Saturday morning, October 8, I got a call from someone on then-Rep. Joe Heck’s U.S. senate campaign giving me a head’s up that Heck was about to withdraw his endorsement of Trump and call on him to withdraw from the race.

I also learned that then-Rep. Cresent Hardy was going to join Heck in un-endorsing Trump.  And the rest, as they say, is history.  Both went on to lose their races while Trump won the White House.

Danny Tarkanian, however – running at the time for Nevada 3rd Congressional District seat that Heck vacated to run for the Senate – did NOT throw Trump under the bus.  And now, the rest of the story…

As the “Dump Trump” $#&!-storm was hitting the fan that morning, I called Danny to see what he was going to do.  It was then that I learned the push to un-endorse Trump wasn’t organic but a heavy-handed campaign orchestrated by the Republican Party establishment in Washington, DC.

Danny told me he’d received phone calls the night before from GOP party pooh-bahs pressuring him VERY HARD to join Heck and Hardy that Saturday morning in tossing Trump overboard so it would be a “united front” and give the pair of congressmen a little more cover.

“I’m not going to do it, Chuck,” he told me.  “If I lose my race because of this, I’ll lose it honorably.  I’m not going to cave under pressure from Washington power brokers and help elect Hillary Clinton.”

That took guts.  Honor.  Integrity.  Strength.  Refusal to go-along-to-get-along.  Willing to stand up to heavy peer pressure.  Sounds like pretty good qualities for an elected official if you ask me.

“Democrats will likely choose between two Clark County commissioners for their party’s gubernatorial nomination. Steve Sisolak is a former Regent and business-first Democrat who seems to delight in denying he’s a progressive. His leadership role in giving away taxpayer funds to the new Raiders stadium won’t earn him many votes in Washoe County in any event.

“The other commissioner itching to run is Chris Giunchigliani who served 14 years in the state Assembly before joining the commission and is widely known and appreciated by progressives at both ends of the state. Sisolack will have more campaign cash from his business friends, but Chris G., as she is known, will likely prevail.”

Look, I know a lot of you are supporting former State Assemblywoman Victoria Seaman‘s latest effort to move up the political ladder with this new run for Congress.

But she’s not fooling me.

Victoria signed the Taxpayer Protection Pledge in 2014.  Then proceeded to break it NINE times in the 2015 session.  But rather than admit what she did and show maybe a little contrition while promising not to do it again, she continues to defend those votes, finding “loopholes” in her signed promise that simply aren’t there.  Such as…

“But the elk hunters WANTED their hunting fees raised.”

If it was true that elk hunters really wanted to pay the government more for their hunting licenses – which it wasn’t – then all you had to do was make the fee increase VOLUNTARY, like the check-off boxes on your federal tax return to fund presidential campaigns.

Funny how a voluntary tax hike for something “everybody” supposedly wanted wasn’t considered an option.  Go figure.

My problem with Victoria isn’t just that she was wrong those nine times when she broke her word back in 2015.  It’s that to this day – in fact, as recently as yesterday in an email to me – she refuses to acknowledge that she was wrong to break her signed Tax Pledge.

As such, I have no reason whatsoever to believe she wouldn’t do it again given the chance.

Last week Victoria signed the Tax Pledge for her congressional run.  Good.  But it wasn’t because she believes in it, but because it’s politically expedient in an already crowded GOP primary.

As the U.S.S. Enterprise’s Chief Engineer Montgomery Scott so famously put it: “Fool me once, shame on you; fool me twice, shame on me.”  Beam me up, Scotty!

The fake news media narrative is that President Trump has been unsuccessful in delivering on his campaign promises.  This is 100% NOT TRUE.  The President is doing exactly what he said he would do.  It’s the Republican CONGRESS that’s dropping the ball despite having the majority in both houses.

The truth is, we may have to wait until after some anti-Trump Republican obstructionists are ousted in GOP primaries during the 2018 mid-term elections before we’ll be able to repeal ObamaCare, reform the tax code, build The Wall, etc.