For anyone who questions whether or not Democrat gubernatorial candidate Steve Sisolak will carry the alt-left’s torch if elected, his purely partisan and self-serving letter to President Donald Trump yesterday in advance of the President’s visit to Reno should remove all doubt.

“I am deeply concerned by your recent comments defending white supremacists,” Sisolak wrote on Monday.

Of course, Trump did NO SUCH THING!

He condemned, not defended, the extreme agenda of BOTH the white supremacists AND the violent thugs on the alt-left who participated in the violence in Charlottesville last weekend.

“We implore you to use the microphone your office affords and forcefully reject those who would deny the rights of their fellow Americans. Speak out against those who seek to silence their opposition with intimidation and, when that fails, outright violence. White supremacists, Nazis, the KKK and other fringe elements should be relegated to the dustbin of history, remembered with shame.”

Of course, the President did EXACTLY THAT.  He forcefully condemned and rejected the alt-right jerks AND the alt-left jerks.

And that’s the difference between President Trump and Mr. Sisolak.

While the President forcefully condemned the “fringe elements” on BOTHsides, Mr. Sisolak failed to even mention the black-masked AntiFa and other alt-left groups who spew just as much hate and vitriol and commit acts of violence to silence voices they don’t agree with. 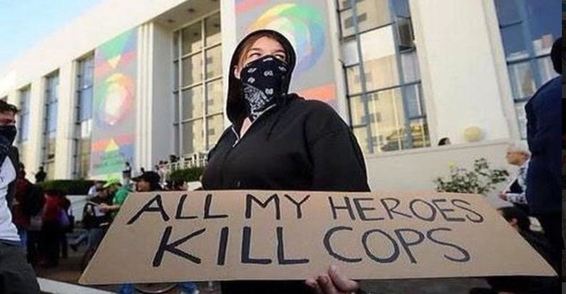 As such, by his own definition, we can assume candidate Sisolak defends the message and tactics of the alt-left.  But don’t hold your breath waiting for the fake news media to report on THAT.

And you know, I think I might be able to go along with it…providing the new name is Ronald Reagan Peak.

You good with that, Anna?

Hot Rumor of the Week:  Moderate Nevada State Treasurer Dan Schwartz(R-Sausalito) is expected to announce at the Republican Men’s Club meeting in Las Vegas on September 5th that he’s going to try to help elect a Democrat governor next year by running against conservative Nevada Attorney General Adam Laxalt for the GOP nomination in the Republican primary.

That’s not the hot rumor though.  The hot rumor is that conservative freshman Assemblyman Jim Marchant (R-Las Vegas) will be introducing Schwartz at the meeting and will announce his candidacy for lieutenant governor on Schwartz’s ticket.

Scott Dozier has been convicted of murdering two people.

He’s now on Nevada’s death row and has waived further appeals.  But the state intends to use a new lethal drug cocktail to execute him this fall…and the ACLU is in a tizzy over it.

“The state needs to make sure they’re not torturing inmates as they’re executing them,” declares Amy Rose of the Nevada ACLU.

Yeah, my heart bleeds for him.  How about a good, old-fashioned firing squad at dawn?

Nevada Democrats continue to have a hissy fit over GOP efforts to recall three Democrat state senators – who earlier this year voted for the most extreme, uber-liberal, anti-business, alt-left legislative agenda this state has ever seen – in an effort to return Republicans to the majority in the upper house.

That’s good enough reason for me.

Now they’re whining about the potential cost of such recall elections, estimated to be around $150,000 if all three go to the ballot.

These people have supported budget increases in recent years that stretch into the BILLIONS – along with the tax hikes to fund them.  $150K is a drop in the bucket!

But unlike so much of the rest of government’s budget, conducting an election is one of the FEW legitimate roles of government.  And the recall process is afforded to Nevada citizens by law.

So lighten up, Francis.