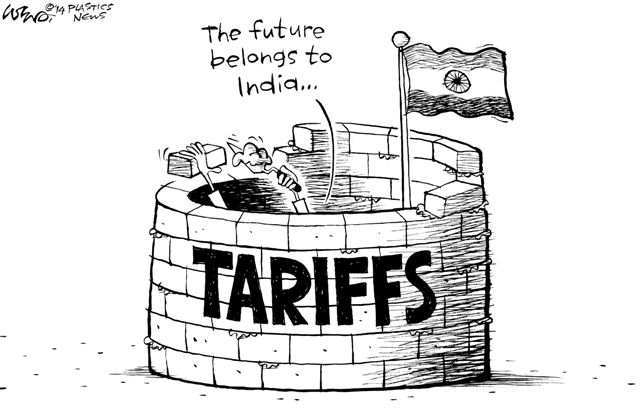 (Chuck Muth, President, Citizen Outreach) – India, the world’s #2 sugar producer behind Brazil, now expects there to be no shortage of domestic sugar this year and, therefore, has reportedly “ruled out the possibility of zero-duty sugar import at this juncture.”

In other words, if the country can produce all the sugar it needs for its own population, why allow cheap imports to flood the nation and put domestic sugar workers out of work, right?

In unrelated news, U.S. sugar beet growers are anticipating “a good-yielding and high-quality crop” when harvesting begins in a couple weeks.

So if India has a good crop coming and has ruled out duty-free sugar imports, in order for it to be both free and fair trade, the U.S. should follow suit, right?

This problem with the Indian government interfering with the free market isn’t anything new.

As the Business Standard reported this week, India has been accused in a World Trade Organization complaint “of closing its agricultural market to foreign commodities,” which the U.S. has described as a “crude method of managing supply through tariff intervention.”

Meanwhile, the Hagstrom Report reported on comments made by Dan Colacicco – who once ran the U.S. sugar program at USDA – on a panel at the annual International Sweetener Symposium about NAFTA cheating…

“Early on, Colacicco said, he could see that Mexico was engaging in questionable practices. Colacicco noted that it was his job to anticipate problems that could lead to the U.S. sugar program not being run on a no-cost basis, but he concluded that USDA could not address it, and that the industry would have to take legal action.

“James Cannon, an attorney at Cassidy Levy Kent, said it was clear that Mexico, which until recently had government-owned mills, was selling below the cost of production, which is illegal in the United States if it causes injury to the domestic industry.

“In 2014, the U.S. industry petitioned the government with anti-dumping and countervailing duty cases, and the International Trade Commission and the Commerce Department found in its favor.”

Those who want to unilaterally disarm and throw American sugar workers to the wolves by eliminating the U.S. sugar program are on the wrong side of this issue.  As long as foreign competitors like India and Mexico are artificially manipulating and distorting the global market, the U.S. has no choice but to respond in kind to protect our own interests.