An Attempt to Make Sense of Politics Today – Part I

Never in our lives has American politics been more chaotic, divisive and bitter than today.  So, in this column and our next one we attempt to make sense of it. 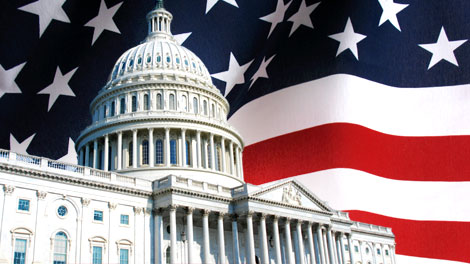 After World War II, a new liberalism blossomed in the US, especially with the Civil Rights movement.  In the main it was a very good thing.  America was one of the last western nations to end the vile, ancient and historically worldwide obscenity of chattel slavery.  Beginning in the 1870s, after Reconstruction, the Democrat party in the South and its Ku Klux Klan auxiliary wrought Jim Crow, a system of racial prejudice and oppression that fostered fear and hate.

But Branch Rickey and Jackie Robinson brought desegregation to the national pastime in the 1940s.  Then the Supreme Court, correcting an old error, recognized that separate and equal was not equal, not fair and not American.  Rosa Parks took a courageous stand by refusing to give up her seat on a bus and Dr. Martin Luther King led a courageous, peaceful, non-violent resistance.

As illustrated by school and city bus segregation, government – the use of collective force or coercion – was the prime player in this oppression.  As illustrated by baseball, The Establishment – the informal social, economic and political power structure – was its handmaiden.  It required brave, courageous and bold people – many of humble background and mien – to challenge and crack the old ways.  Change required a nation to look into its heart and conscience and rescue its soul.

But human beings being human, no social, political or economic reforms ever hit the mark and stopped.  Sometimes they fall short, as did the American founding with slavery.  Usually, they overshoot, as with the French Revolution’s Reign of Terror.  We overshot by a lot.

We taught our children to love and embrace others, not reject them due to their race or ethnic roots.  We made government cease the old oppression.  Moving The Establishment was harder, as Ron learned from some personal experience, but to a great extent we did that too.

But we overshot on all fronts.  Not just for a while, but for half a century now – nearly as long as segregation, discrimination and open bigotry prevailed after Reconstruction.

In all this, many Republicans and limited government conservatives fought an often losing battle by focusing on individual rights, equal opportunity with respect to government, sound social policy and constitutional law.  Their efforts were damaged, not helped, by some racists and other bigots opportunistically joining their resistance to the new statist liberal overreach.

Their challenge in selling their approach to the public is illustrated merely by listing the principles they espoused.  Many (but not all) Republicans and limited government conservatives argued that the public interest was best served by: the rule of law; government of enumerated, not plenary powers; separation of powers, both by level of government (federal, state and local) and within each level (legislative, executive and judicial); individual sovereignty (personal liberty as an inherent right, not a grant from the state); a system of individual, not group rights; strong property rights; fair contract rights; and high levels of economic freedom.

Contrast that litany to the misleadingly simplistic and sweet-sounding appeal of the other side.  On race and ethnicity, they sought to atone for their historic bigotry and demonstrate their virtue cheaply by changing government from the instrument of minority oppression to one of minority revenge or at least group compensation.  They joined this cause to progressivism and the false populism of collectivist economics (from communism to government enterprise and aggressive regulation).  Those are two very flawed ideas imported from Germany in the late 19th Century.  Finally, they added an ever-splintering identity politics and intimidating political correctness.

In our next column, we describe how this political cocktail allowed leftists, including much of the media, academe and entertainment, to aggress against conservatives and normal non-political Americans, precipitating the reaction and turmoil we see today.