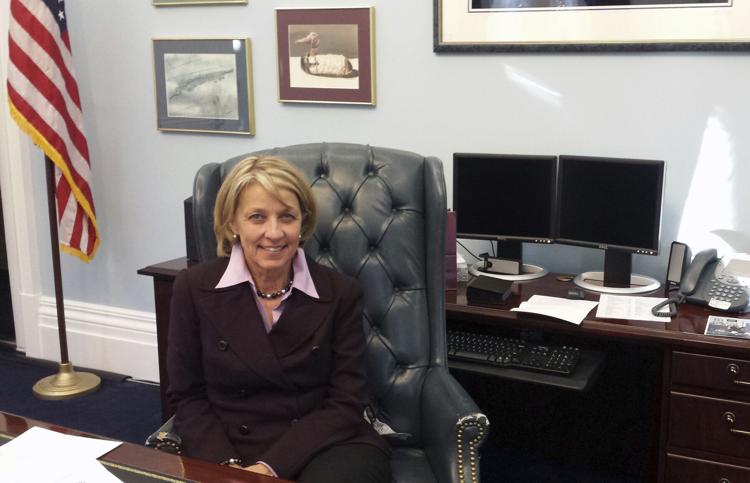 Nevada Secretary of State Barbara Cegavske poses for a photo in her office in Carson City, Nev.
AP Photo/Michelle Rindels

In light of the COVID-19 pandemic, Sisolak signed Assembly Bill 4 into law as an expansive remodel of political contests during an ongoing state of emergency.

The law grants that the state’s registered voters to receive mail-in ballots for November’s general election and other future statewide elections carried out by the election authorities during a state of emergency like Nevada is currently under with the pandemic.

AB 4 also expands accessibility for elderly voters and those with physical disabilities who can request someone fill out their ballot on their behalf.

Cegavske is concerned that the legalization of third-party ballot activity could potentially cause an uptick in voter fraud, which is punishable in Nevada as a felony criminal violation.

“I call on the Governor to quickly approve this emergency regulation request so that election officials can properly identify individuals engaged in ballot harvesting during the 2020 general election,” she said. “While I remain opposed to the Legislature’s actions in Assembly Bill 4 regarding ballot harvesting, I remain committed to upholding the integrity of elections and ensuring the voice of the people is heard.”

Her proposed emergency regulation “would also require these individuals, known as ballot harvesters, to list any corporate, political, or advocacy entity with which the individual is associated.”

Secretary Cegavske added that it’s her “job to ensure elections are fair and that any illegal activity associated with an election can be detected and stopped.”