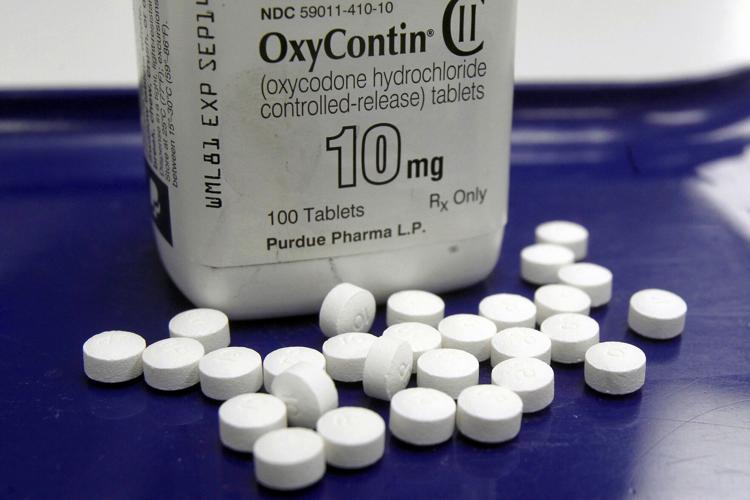 FILE – This Feb. 19, 2013, file photo shows OxyContin pills arranged for a photo at a pharmacy in Montpelier, Vt. Nevada has struck a $45 million settlement deal with McKinsey & Company for the global consulting firm’s role in advising opioid makers how to sell more prescription painkillers amid a national overdose crisis.
Toby Talbot / AP Photo

(Robert Davis) – Nevada’s attorney general announced Monday that the state has settled its claims against McKinsey & Company relating to the opioid crisis.

“The devastation caused by the opioid epidemic affects us all,” Ford said in a statement.

“It’s felt by every mother and father who has lost a child. It’s felt by siblings who have lost a sister or brother. And it’s felt by friends and colleagues who lost one of their own. My Bureau of Consumer Protection has fought on behalf of each of you, and we’re proud of the results of today’s settlement,” he continued.

Nevada was the only state that didn’t join the class action lawsuit against McKinsey that was settled in February for over $600 million.

Instead, Ford decided to pursue separate talks with the global consulting firm. Ford cited Nevada’s unique legal rights granted to the attorney general and the status of pending legislation against other opioid manufacturers as reasons for doing so.

“I applaud McKinsey’s decision to step forward to address the opioid crisis and the particular devastation it caused here in Nevada. McKinsey was the first company to work with our sister states to fix the problem, rather than engage in protracted litigation or delay, and I am pleased that McKinsey was willing to do the same with Nevada,” Ford said.

Nevada has been one of the hardest hit states from the opioid epidemic. The state, however, has made progress in reducing the number of deaths from opioid overdoses between 2018 and 2019, according to the Centers for Disease Control. Overall, the total number of deaths dropped by 4.1%.

A report by Nevada’s Division of Public and Behavioral Health from December 2018 paints a sobering picture of the crisis in the Silver State. Residents between the ages of 45 and 64 were the most impacted by the over-prescription of opioids, with the highest number of deaths in the Asian and Hispanic communities.

Research by the Vance Johnson Recovery Center, a drug treatment facility in Las Vegas, indicates that the COVID-19 pandemic caused opioid use in the Silver State to increase again.