Never Trump Does The Hindenburg 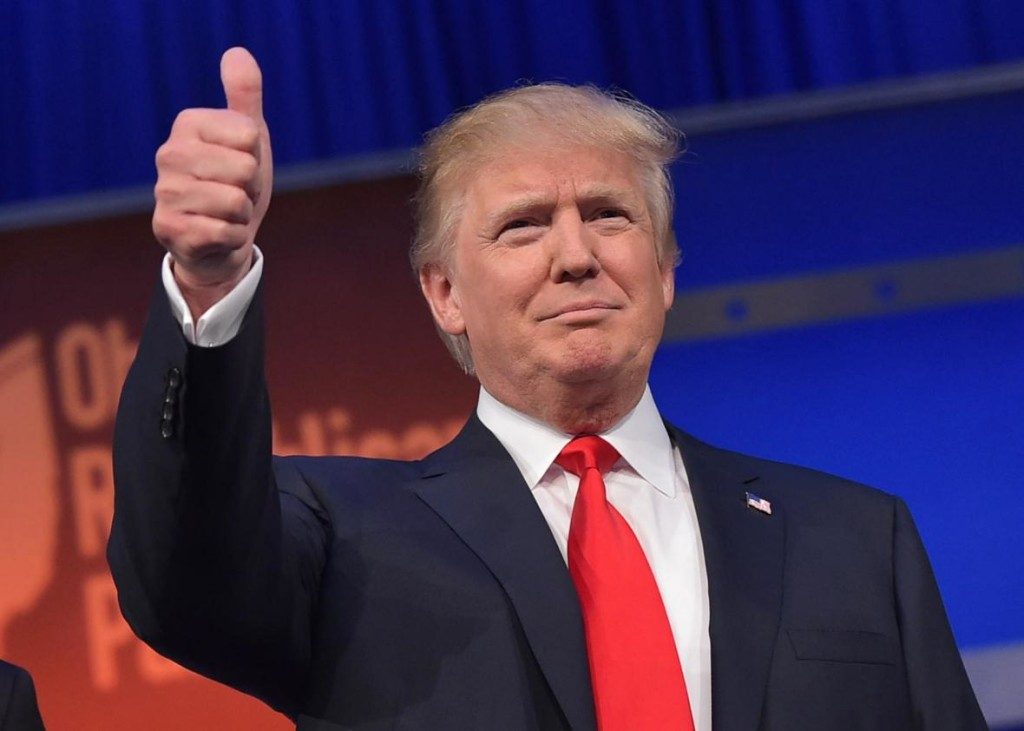 To review the bidding, the NT cabal is led by a small coterie of Republican elitists and disgruntled king-makers. They think that the 13 million or so GOP voters who chose Donald Trump in the primaries (a record, by the way, and some two and a half million more votes than Mittens Romney received in 2012) should be given the middle finger, told to go pound sand, and then be expected to embrace whichever pliable stooge the establishment puts forward after they steal the nomination from Trump.

They are unlikely to succeed in overturning at the convention the clear popular choice of rank and file Republicans across the country, but that hasn’t stopped them from trying. Like the Hindenburg, NT is kept afloat by a combination of hot air and noxious gas. The most gaseous in the effort is William Kristol, he of the perpetual smirk. He has been holding his breath and stamping his feet since midway through the primary process. He’s throwing a gargantuan tantrum because the “little people” who make up the GOP base didn’t listen to them.

Billy Kristol’s main claim to fame is that he was Chief of Staff for Vice President Dan Quayle. Billy used to like to boast that he was the smartest person on Quayle’s staff.  As Charles Krauthammer observed, this “is akin to being the tallest building in Topeka Kansas.”

As if to prove Krauthammer correct, Billy’s first self-described “bombshell” for NT was to announce that David French would run as a third party alternative to Trump. If you are asking “David who?” you’re in good company. French is a writer nobody has ever heard of who writes for a once fine magazine, National Review, that nobody reads anymore. Eventually, even the anonymous Mr. French could see the Hindenburg-like trajectory of NT and withdrew from consideration. What followed was a series of trial balloons that made the Hindenburg look like the Starship Enterprise.

So the NT brain trust switched from recruiting a third party candidate to oppose Trump to stealing the nomination at the convention next week. I use the verb “steal” advisedly but correctly. The NT strategy is to change the rules (the rules every delegate to the convention ran under and was elected under) so that delegates legally bound to vote for Trump won’t have to do so. For instance, Republicans in my Congressional District cast 69.58 percent of their ballots for Trump, thereby earning him all three delegates from this district. The NT folks think that these delegates ought to ignore the votes of the 70 percent of local Republicans who sent them to the convention and vote for somebody else, anybody else, even if that person wasn’t on the ballot and received zero votes.

The tallest building in Topeka Kansas and his Quisling Caucus apparently think this would be a positive development for the GOP. After all, few things reinforce faith in democracy like ignoring the actual votes of the people. Billy World’s Trump Derangement Syndrome is so advanced that they believe changing the rules, not in the middle of the game but 95 percent through the game, and thereby stealing the nomination from the clear choice of the Republican primary electorate is justified by their prissy, starched collar, blue nosed disdain for this ruffian outsider named Trump.

Success for their larceny would rupture the party, perhaps irreversibly, but they don’t care. The great unwashed among the Republican voters – those barbarians in “fly over” country who ignored the advice of their betters inside the D.C. beltway – need to be taught a lesson. The Republican Party will be a shambles if their gambit succeeds, but at least they might have a chance to rule over the ashes. They need to destroy the party in order to save it.

As I said in my previous column, I know many fine folks who are skeptical of Trump. These are “worker bee” types by and large who, like me, had other favorites earlier in the primaries. The first part of conversations with them usually consists of my saying “yes, I know,” “I agree,” “you’re right about that,” etc. Lately to save time I open the conversation with, “I will stipulate to every negative thing you are going to say about Trump, now let’s talk about the 3 to 4 Supreme Court appointments and several hundred Federal court appointments the next president will have.”

For it is in the courts that the existential threat to our liberties lie. If there were 5 or 6 young, healthy Anton Scalias and Clarence Thomas’s currently on the Supreme Court I likely wouldn’t really care who won this November. But there are not. Donald Trump has published a list of stellar conservative jurists as candidates for court appointments. Hillary Clinton’s court appointments will be far left, quasi-Stalinist activists. She will fill the federal bureaucracy with conservative-haters who will make Lois Lerner look like Mother Theresa. The full force of the federal government will be embarked on a search and destroy mission against conservatives, our values and our freedoms.

Think I’m exaggerating? The Christian bakers in Oregon who demurred on participating in the gay wedding were not only fined $150,000 but also ordered to attend mandatory – mandatory – “sensitivity and diversity” classes. A couple of months ago Loretta Lynch promised to “vigorously prosecute” anyone who spread “inflammatory rhetoric” about Islam. The Obama-appointed U.S. attorney in Idaho has warned that it is “very likely against the law” to publicly comment in a “negative, provocative” manner on the case of three immigrant minors who molested a 5-year-old. The attorneys general of 11 Marxist U.S. states want to make felons of corporate CEOs who publicly challenge “climate change.” Add that to the violent onslaught on campus against conservative speakers. At a Trump rally in San Jose a month ago the police stood idly by while ordinary citizens were brutally assaulted (7 were hospitalized and cars vandalized while attempting to attend the public event). The day after, the mayor of San Jose blamed Trump and his “extremist” supporters for the disturbance. The local newspaper heartily agreed with him, stating that “extremist views like Trump’s have no place in civilized discourse and as such are certainly not protected by the first amendment.” Emphasis added. Those are chilling words, but just a sample of what would be allowed, nay encouraged, by a Clinton-appointed judiciary and executive branch.

Like it or not, there is only one candidate who can stop this from happening. His name is Donald Trump. Winston Churchill said of Democracy that “it is the worst form of government, except for all the others.” So it is with Trump the candidate. Imperfect, flawed and a thesaurus full of other pejoratives, but if you do not vote for him you are enabling the dark night of socialist repression that will most assuredly flow out of a Clinton regime. The shredding of the constitution will be on your head.

The last retort of the NT Clinton enablers is often “sometimes party loyalty demands too much.” Indeed it does. My first two votes for president were cast in 1972 and 1976. In neither year did I vote for the Republican nominee. I’m not supporting Donald Trump out of loyalty to my party. I’m doing it out of loyalty to my country.

Ron KnechtOctober 23, 2021
Read More
Scroll for more
Tap
Do THESE Black Lives Really Matter All that Much?
Nevada Students being Forced to Fund Scholarships for Illegal Immigrants