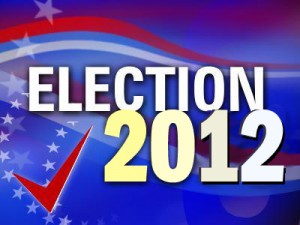 (NN&V Staff) – Citizen Outreach announced today that in the first extensive statewide poll of Republican voters conducted in Nevada since the Iowa caucus, Mitt Romney enjoys a double-digit lead over all of his competitors.

Romney came in first (34%) in the survey, with Newt Gingrich following in second place (18%) and Rick Santorum coming in third (13%). Ron Paul came in fourth place (9%) and Rick Perry finished last (3%). A significant percentage of respondents (23%) either remain undecided or support a candidate who was unnamed in the poll.

“It’s important to note that this poll was of active registered Republican voters, not likely caucus voters,” said Citizen Outreach President Chuck Muth. “These results express general sentiment towards the various candidates. It’ll be up to their campaigns to get their voters out to the caucuses on February 4 and vote.”

(DISCLAIMER: Mr. Muth is an adviser to Winning Our Future PAC, a political action committee established for the purpose of electing Newt Gingrich in the 2012 presidential race.)

Muth noted that with Herman Cain and Michele Bachmann suspending their campaigns, their names were not included in the survey even though their names will appear on caucus ballots.

“In addition, since Jon Huntsman boycotted the Las Vegas GOP presidential debate in October, threatened to boycott Nevada if we didn’t cave in to New Hampshire, and has completely ignored our state thus far, we decided to do unto Huntsman what Huntsman hath done unto us,” Muth said.

The automated survey was conducted by Political Marketing International for Nevada News & Views, an online news publication of Citizen Outreach. PMI is an independent public opinion research firm using automated polling methodology and procedures which has done extensive work in Nevada for over a dozen years.

A total of 79,432 households were called during various daytime hours between January 5 and January 8, 2012. Of that total, 11,356 individuals participated in the survey, which is a 14.3% response rate. PMI estimates the survey has a plus or minus margin of error of 5%.

N&V StaffOctober 3, 2021
Read More
Scroll for more
Tap
Your Food Will Be No Safer, But It Sure Will Cost More, Thanks to Harry and Barry
Republican Enters LV City Council Recall/Special Election