CARSON CITY, Nev., July 30, 2019—The state’s leading small-business association today joined other business groups in a lawsuit challenging the passage of Senate Bills 551, which revokes the scheduled payroll tax deduction that was to take effect this month, and 542, which boost DMV fees. Both measures were signed by Gov. Steve Sisolak. Both the governor and Senate Majority Leader Nicole Cannizzaro are named in the lawsuit. 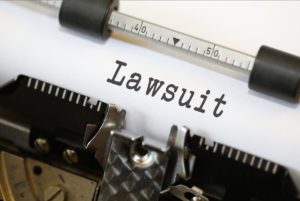 “The Nevada Legislature’s attempt to do an end-run around the state constitutional requirement for a two-thirds supermajority vote supporting any new tax or tax increase cannot stand,” said Karen Harned executive director of the NFIB Small Business Legal Center.  “Nevada’s small-business owners already list taxes as a top concern, and with this lawsuit, NFIB is continuing its fight to stop these unconstitutional tax increases from taking effect.”

Added Randi Thompson, NFIB’s Nevada state director, “This lawsuit is not about our willingness to pay the payroll tax, we are. It’s not about the Legislature going back on its word that they would lower the payroll tax rates, it did. This lawsuit is about a blatant disregard for the state constitution that mandates tax increases be voted upon by a two-thirds majority.”

As part of the 2015 commerce tax deal, if taxes collected from the commerce tax and the payroll tax (MBT) grow by more than 4% a year, the Nevada Department of State Taxation must lower the rate that a business pays on the next year’s revenues to what would’ve been 4% growth. In his state-of-the-state speech, Gov. Steve Sisolak said he was going to revoke the decrease and maintain the existing tax rate, which would keep $100 million in his budget.

The Nevada Constitution requires a super-majority vote for any tax increase, so lawmakers sought a legal opinion stating that canceling a tax rate decrease requires only a simple majority, which allowed the bill to be passed by a simple majority. Senate Republican Leader James Settelmeyer then filed a lawsuit, Settelmeyer et al. v. State of Nevada et al., challenging the revocation, which NFIB, along with trucking, retailing, and auto dealer associations have joined.

In a news release issued by Senate Republicans, Senator Settelmeyer said, “We have checks and balances for a reason and eroding the two-thirds requirement is an unprecedented disregard for the constitution and creates a dangerous precedent. While there was ample money to fund education and other vital programs, Sisolak and Cannizzaro acted recklessly and their behavior created an unnecessary constitutional crisis at the expense of over 23,000 small businesses in Nevada.”