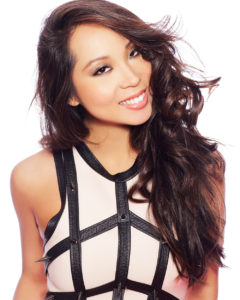 Sutton, 34, is co-founder of four Las Vegas area businesses, including Sin City Cupcakes, Ship Las Vegas, Elite Homes – Christie’s International Real Estate, and Liquid & Lace swimwear. Additionally, Sutton served as the first Miss Nevada of Asian descent in 2014 and has worked professionally as a model featured in major publications. She is a Forbes contributor and was the host of the Las Vegas business television show, “Live With Lisa”.

“Nevadans have had enough of career politicians; it’s time for Nevada to have a leader who isn’t afraid of hard work and is ready to get things done in Congress,” said Sutton. “One of my shipping stores is part of a community in Northeast Las Vegas that sits as a forgotten area, while the rest of the city enjoys an economic boom. Storefronts are vacant, local veterans need help, people don’t have access to basic amenities like a grocery store, and it is clear to me that our politicians have failed Nevada.”

Sutton, like many Nevadans, is tired of the partisan bickering, gossip about the President, and most importantly, waiting for Congress to work for the people, so she decided run to make sure the needs of Nevadans are represented in Washington.