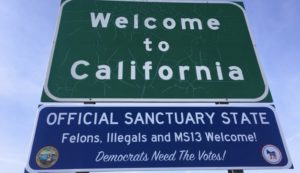 Earlier this year, AG Laxalt joined a similar brief filed in federal district court. The District Court agreed with some of the arguments made by AG Laxalt, and enjoined several of California’s sanctuary provisions, including a California law prohibiting private employers from cooperating with federal immigration officials. But the court allowed some of the challenged California laws to remain in effect, prompting the U.S. Department of Justice to appeal to the Ninth Circuit. AG Laxalt’s brief supports that appeal, arguing that Nevada is less safe because of California’s sanctuary laws.

“California’s sanctuary policies are not just unconstitutional—they put neighboring states like Nevada at risk by making it easier for those not lawfully in this country and with violent criminal histories to evade law enforcement and travel out of state,” said Laxalt. “It is common sense that public safety is served when law enforcement works together. Politicians that propose sanctuary laws should tread carefully when prohibiting law enforcement from working together to protect their communities.”

Nevada’s law enforcement officials, including all elected sheriffs, have consistently opposed sanctuary policies that would prevent compliance with federal law and compromise public safety. Today, in the vast majority of cases, an individual must be arrested for committing a crime and booked into a jail or detention facility before Nevada law enforcement agencies check whether the individual is sought by federal immigration authorities and, if so, alert those federal authorities. Sanctuary policies that prohibit this communication allow violent offenders to be released back into the community.