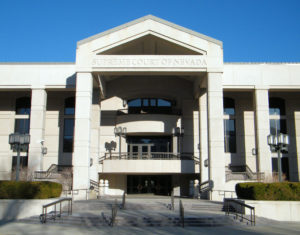 after taking the case to the U.S. Supreme Court, Nevada Attorney General Adam Paul Laxalt applauded the Nevada Supreme Court’s decision upholding the conviction of a felon in possession of a firearm in northern Nevada. In early 2015, shortly after taking office, AG Laxalt held his inaugural Law Enforcement Summit to receive input from and provide assistance to law enforcement officers and prosecutors across the State. During that Summit, Elko County prosecutors asked the Office of the Nevada Attorney General to review a recent Nevada Supreme Court decision overturning the conviction of Ralph Torres. Torres had been arrested in Elko County for outstanding warrants and was discovered to be unlawfully carrying a handgun when arrested. He was charged and convicted on a felon in possession charge by the Elko County District Attorney’s Office. But that conviction was overturned on appeal by the Nevada Supreme Court in January, 2015.

“Years of litigation have resulted in this important win for Elko County and law enforcement all across our State,” said Laxalt. “This type of communication and collaboration is why I initiated my Law Enforcement Summits that bring together law enforcement from each of Nevada’s counties. It is always immensely gratifying to see the real world benefits for Nevada—here, ensuring that a convicted felon not escape his sentence for unlawfully carrying a firearm. I commend my Solicitor General’s Unit for providing top-notch advocacy on behalf of the rule-of-law in this and other cases.”