Not Only Can Tark Win, He Already Has

Not Only Can Tark Win, He Already Has
N&V Staff 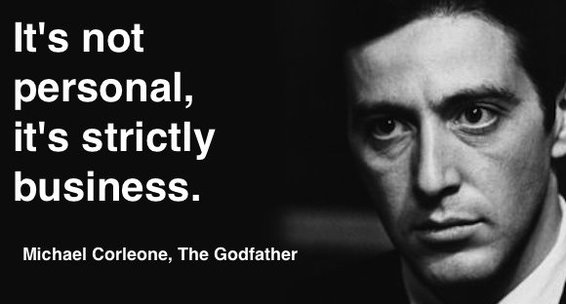 As promised, in the next couple of days I’ll publish a detailed explanation on why Danny Tarkanian can win Nevada’s U.S. Senate seat a year from now.  But in the meantime, let’s acknowledge that, well, Danny’s already won.  Consider the following…

He refused to attend the Republican National Convention where Trump became the GOP’s official nominee and said things on the campaign trail like, “Let’s be very, very clear, I do not support Trump” and “I vehemently oppose our nominee.”

And even after Trump was inaugurated, Heller rarely missed an opportunity to take little veiled shots at the man elected to sit in the Oval Office.

Then came the opportunity last spring for Sen. Heller to vote to repeal ObamaCare – the single biggest promise every Republican candidate, including Heller, has been making for the last seven years.

But instead of keeping his promise, Heller did his infamous dog-and-pony show/press conference with Nevada Gov. Brian Sandoval in which he vowed his support for protecting Sandoval’s foolish expansion of Medicaid as part of the ObamaCare nightmare.

And make no mistake, that Medicaid expansion is bad and wrong whether the federal government pays for it directly or “block grants” the money to the states, as Heller is now trying to “spin” his position.  This new “federalism” claim of his is like saying there’s a difference between a mugger using a knife or a gun to rob you.

Anyway, after that first bill went down in flames Heller was given a second opportunity to vote for the exact same ObamaCare repeal bill that he’d already voted for two years earlier (when he knew Obama would veto it).  And Heller broke his word again.

Frankly, that was the final straw for me.

Plus, his votes, actions and statements in opposition to the president’s agenda have seriously undermined the administration’s ability to fulfill the promises the GOP made last year.

There’s an old saying that if you want them to see the light, make them feel the heat.  And ever since Danny announced his primary challenge to Dean Heller, we’ve seen an entirely new Dean Heller.

The Heller camp is desperately trying to sell the notion that Tarkanian’s challenge doesn’t worry them.  But it’s as plain as the two-foot nose on Hillary Clinton’s face that they are scared down to their skivvies – even more so after yesterday’s independent poll showed Tark ahead of Dean by 6 points among likely GOP voters!

The first indication that the smell of fear was running rampant over at Team Heller came in the middle of August, when after nine months of silence Heller came out of the blue with a claim that, why yes, he did vote for Trump last November.

No one believes him.

But the statement was clearly a response to Tark’s viable and credible challenge; knowing full well that his opposition to Trump last year would hurt him badly in next June’s GOP primary.

And if you follow Heller’s statements, press releases and social media posts ever since that time, you can see him constantly sucking up to the president like some modern-day Eddie Haskell (ask your grandmom).

So let’s face it, before a single vote has been cast in the June 2018 GOP primary, Danny Tarkanian has already won.  His challenge has dramatically changed Heller.  He made Heller feel the heat.  And Heller apparently has seen the light.

But it’s too little, too late.

Republican voters in Nevada know that this new “Re-Election Dean” won’t last.  If given another six-year term, he’ll go right back to undermining President Trump and obstructing his agenda every chance he gets.

It’s the same knowledge Alabama GOP voters had in September when they nominated Roy Moore in their Senate special primary election instead of the establishment’s pick, Luther Strange.

We all didn’t just fall off the turnip truck last night.  We want Republicans in the Senate who will HAVE the president’s back, not stab him in it.

And that’s why I not only support Danny Tarkanian for U.S. Senate, but he and I talked last night after I got back to Vegas and, effective November 1st, I’ll be officially joining Team Tark as a campaign adviser.

Again, it’s not that I think Dean’s a bad guy; he’s just not a solid conservative.  We can do better.  As Michael Corleone so famously put it, it’s not personal…it’s business.

Make no mistake, this ain’t no slam dunk.  Unseating a sitting U.S. senator, especially one with $4 million+ in cash on hand, is gonna to be tough.  But if it was easy, Mike Slanker would be doing it.