(NPRI) – LAS VEGAS — The Nevada Policy Research Institute named Sharon Rossie as its new president yesterday, after immediate past president Andy Matthews stepped down from his position to run for United States Congress.

Rossie is returning to the Institute, where she served as president from 2006 to 2011 and, prior to that, as its director of development. During her time at NPRI, Rossie grew the Institute’s staff from three to 12 and launched a number of new initiatives including the creation of NPRI’s Center for Justice and Constitutional Litigation.

“Sharon will work tirelessly for NPRI’s mission of advancing the ideals and policies of free enterprise, individual liberty and limited, accountable government.”

Rossie said she is eager to return to the Institute at a time when Nevada has become the first state to adopt universal school choice and as NPRI celebrates its 25th anniversary in 2016. 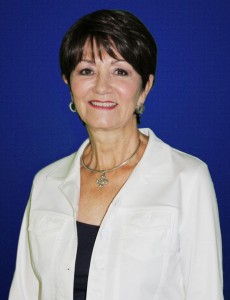 I am grateful and humbled to have a chance to lead, for a second time, the Nevada Policy Research Institute.

Thanks to the work of NPRI’s talented and committed board and staff, including the strong leadership of Andy Matthews, now is an especially exciting time to return to NPRI. For instance, NPRI staff will be working with Nevadans at a grassroots level to help parents and educators understand the life-changing Education Savings Accounts program approved by lawmakers last session.

NPRI’s supporters are the ones who make all our efforts possible. They are true champions for liberty and free markets, and I’m looking forward to renewing old friendships, while meeting many new friends as well.

As we approach our 25th anniversary, we are grateful to our supporters and applaud their efforts to make Nevada a bastion for liberty in the West.

Rossie has also worked as a successful administrator and fundraiser with the Boys & Girls Club, the American Cancer Society, the University of California and Irvine’s College of Medicine and School of Humanities. She also owned a business and has served on several community boards in Nevada and Arizona.

N&V StaffOctober 4, 2022
Read More
Scroll for more
Tap
Hardy: Thanks to those people who are doing great things for Nevada
Why the Greece bailout will fail — again