The Freedom Budget contains recommendations for each of Nevada’s 441 budget accounts and serves as an alternative spending plan to Gov. Brian Sandoval’s proposal for record spending and the largest tax hike in Nevada history, including the imposition of a Gross Receipts Business License Tax. 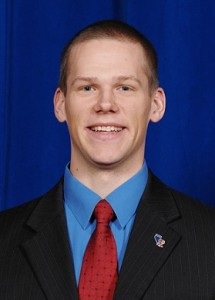 Compiled by NPRI Executive Vice President Victor Joecks and NPRI Transparency Manager Robert Fellner, NPRI’s Freedom Budget proposal is based on Sandoval’s 2012-2013 Executive Budget. In 2011, Sandoval presented the legislature with a budget for the 2012-2013 biennium that recommended $5.8 billion in general funding spending and $17.5 billion in total appropriations.

The spending recommendations in the Freedom Budget are based, in large part, on growing Sandoval’s recommendations from four years ago, but not as quickly as Sandoval has currently proposed. It also eliminates ineffective and unconstitutional programs.

NPRI’s budget, which could be implemented without raising any new taxes, would allow the “sunset” taxes to finally sunset. It still constitutes a dramatic increase over the spending levels Sandoval proposed in 2011. Overall, the budget would grow from $17.5 billion in 2012 and 2013 to $22.2 billion in 2016 and 2017, a 26 percent increase in total government spending.

“NPRI’s Freedom Budget eliminates the need for tax increases, including extending the sunset taxes, by simply by growing government at a slower pace than Gov. Sandoval has recommended and eliminating ineffective and unconstitutional programs,” said Joecks.

“Sandoval has challenged opponents of his plan to produce alternatives, and we are proud to introduce this plan, based on Sandoval’s own 2011 proposal, into the debate,” he continued. “This budget shows that raising taxes isn’t necessary to improve education or even to fund an expansion of government from what Sandoval proposed in 2011.”

“Implementing universal school choice, as recommended, would provide the ultimate accountability, because parents would be able to find the school and school type that’s best for their children.”

Joecks noted that one limitation of the Freedom Budget was the difficulty of estimating the fiscal impact of a Medicaid expansion rollback, given the complex interplay between state and federal funding. NPRI recommends repealing Medicaid expansion as a policy proposal to ensure that children and the disabled receive medical care before healthy adults, but that recommendation is not reflected in the numbers.

“NPRI’s Freedom Budget gives policymakers another option to consider and shows that keeping taxes low — which most lawmakers told voters they support — is a realistic option,” Joecks concluded.