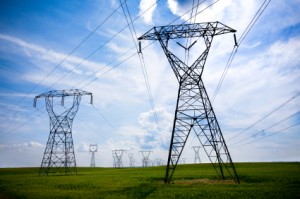 (Michael Schaus) – The Environmental Protection Agency’s overreaching “Clean Power Plan” is poised to cause substantial harm to the economy of Nevada and America — while the precedent it sets for increased natural gas regulation is equally as worrisome.

In 2008, Mr. Obama famously remarked that electricity rates under his proposed cap and trade system would “necessarily skyrocket.” The EPA, through its Clean Power Plan, is determined to prove him right by reducing United State CO2 emissions to levels not seen since Teddy Roosevelt.

Energy Ventures Analysis, a top-tier energy consulting firm, estimates that Clean Power Plan regulations will increase electricity rates by 13.2 percent in Nevada and by double digits in at least 44 other states.

The environmental “benefits” of such regulatory overreach, however, are almost nonexistent. According to climatologist Paul Knappenberger, even if the regulations are followed perfectly — at great cost to energy consumers — the amount of climate change averted over the course of the next century would be roughly 0.02 C.

That’s more of a rounding error than a scientifically significant change. Even the computer models used by global warming alarmists show that implementing the Clean Power Plan and increasing the power bill of struggling American families will lower the sea levels by thethickness of three sheets of paper.

For the time being, the Clean Power Plan is primarily directed at snuffing out coal — encouraging states to adopt more renewables, natural gas and nuclear power by making coal power too burdensome and expensive. With 2013’s passage of SB123, Nevada is already phasing out coal power, so our state is on the bleeding edge of the corresponding price hikes and job losses that follow replacing cheap, reliable power with electricity from more expensive, less dependable sources. A recent Nevada Policy Research Institute study found that SB123, even as slightly modified during the last session, will cost consumers up to $206 million in 2020 and reduce employment by over 2,900 jobs.

EPA bureaucrats aren’t going to be content with shutting down coal power, however. It’s easy to see the path we’re on if the Clean Power Plan goes forward: After the agency shutters coal power, which does next to nothing to combat global warming, increasing natural gas regulations will be a “logical” next step.

Maybe they’ll even brag that such regulations could lower the ocean by the thickness of five sheets of paper.

After all, the environmentalists running the EPA don’t exactly have a love affair with natural gas — Nevada’s main source of power. Everything from hydraulic fracking to horizontal drilling has been targeted for increased regulation. Since the Clean Power Plan already sets emission standards for natural gas plants, the EPA will have no reservations about expanding those rules using the same unconstitutional authority it has claimed for implementing the rest of plan.

But it’s not just reductions in CO2 emissions that are the problem — the EPA is crafting regulations that favor specific, and often unaffordable, energy alternatives. With the EPA picking winners and losers, compliance with the Clean Power Plan will ultimately not be achievable without an impossibly massive shift toward expensive and unreliable “renewable” energy sources.

And such a shift really is impossibly massive. A land area roughly the size of Indiana would be needed if coal was to be replaced by wind. A land area the size of 800,000 football fields would be needed if coal was replaced by solar. And, of course, that’s before the environmentalists in the EPA start turning their regulatory eyes toward the drilling sector, forcing natural gas into the same bureaucratic nightmare as the coal industry.

There is a way for Nevada to fight back. Every business owner and electricity consumer in Nevada should encourage both Gov. Brian Sandoval and Attorney General Adam Laxalt to join 27 other states and fight the Clean Power Plan in federal court.