Heck: Obama Administration has Demonstrated a “Glaring Lack of Leadership” 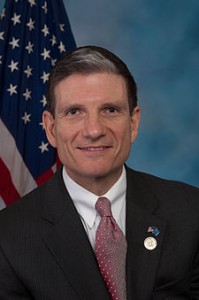 Republican presidential candidates must have plan to confront terrorism

(Congressman Joe Heck) – On Dec. 7, we observed Pearl Harbor Day to honor the 2,403 victims of Japan’s surprise attack on America. Seventy-four years later, we continue to face surprise attacks in a dangerous world. And as much as we may desire to seek safety by withdrawing from global events, the memory of Pearl Harbor, 9/11 and recent acts of terror in Egypt, Paris, Lebanon, Mali and San Bernardino should cause us to think twice.

Throughout these turbulent times, the White House has demonstrated a glaring lack of leadership. This administration failed to secure a status of forces agreement in Iraq, squandering our service members’ hard-fought gains. It led from behind in Libya and failed to protect our diplomatic team there. It drew a “red line” in Syria, only to have it crossed without consequences. And it entered an unenforceable nuclear arms agreement with Iran, the world’s biggest state sponsor of terror.

On Tuesday, Las Vegas will host the next Republican presidential primary debate. I am hopeful the candidates will demonstrate they understand the challenges posed by radical Islam and will outline strategies to confront this threat while reasserting America’s leadership on the world stage.

The current administration refuses to recognize the Islamic State for what it is, dismissing it as the “JV team” and declaring it to be “contained” as it executes attacks of increased complexity and expands across the eastern hemisphere. The administration vows to “degrade and destroy” ISIL without initiating a cogent strategy to do so, and then it belittles legitimate concerns about potential refugees who cannot be properly vetted.

The consistent failure of leadership, particularly on Syria and ISIL, has fueled the refugee humanitarian crisis. While America has always welcomed refugees and will continue to be a place where people fleeing oppression can find safety, our first responsibility is to protect Americans. The unprecedented volatility in Syria is unlike anything we have seen in recent history, and we cannot be certain all those seeking refuge from that area do not pose a potential threat. Settling thousands of refugees who cannot be properly vetted is a vulnerability ISIL has stated it will exploit as part of its war with the West, which is why I support halting the program immediately.

This ever-growing list of strategic blunders allowed ISIL to proliferate, it created a power vacuum filled by Russia and Iran, and it produced a much more dangerous world. The president may be satisfied with his strategy in Syria and Iraq, but it clearly is not working. We need leaders with experience who can admit there is a problem and recognize when a strategy shift is required.

As a brigadier general in the Army Reserve who has deployed to the Middle East, I fully understand the threats America faces and know what it takes to confront them. As a U.S. representative, serving on the Armed Services Committee and Select Committee on Intelligence, I am working with my colleagues to ensure we bring to bear the full capabilities of our armed forces and intelligence community to finish the fight against ISIL.

Whoever is ultimately selected as the Republican Party’s presidential nominee, he or she must be prepared to face these threats head-on.