One of the Stupidest Legislators You’ll Ever Want to Meet

(Chuck Muth) – OK, there are stupid candidates out there, and candidates who do stupid things.

Then you have candidates such as Nevada RINO Assemblyman Stephen “Snow Job” Silberkraus – who fills both roles.  With gusto.

For the record, this lying moron campaigned in 2014 in opposition to tax hikes – and then voted for the largest tax hike in Nevada history!

But rather than admit to and defend that vote and let his constituents make an informed decision at the ballot box this year, he’s lying about it. 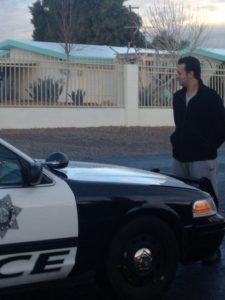 (SIDENOTE: The photo to the right is of Mr. Silberkraus in handcuffs when he was detained by Metro in 2014 for allegedly “stalking” Mrs. Groves.  But back to today’s story…)

In a mail piece delivered on Monday which was “Paid for by Silver State Leadership,” Groves is accused of being “Pro-Abortion.”

The accusation is a lie, but some of you might be saying, “But Chuck, Silberkraus didn’t make that claim; Silver State Leadership did.”

Um, yeah, about that…

Indeed, a lot of sneaky, slimy, weasely candidates get third-party PACs and outside organizations to do their dirty work for them so their name doesn’t appear on the attack ads.

But we’re dealing with a major league moron here.  Get this…

If you go to the Secretary of State’s website and look up Silver State Leadership, guess who the contact person is? 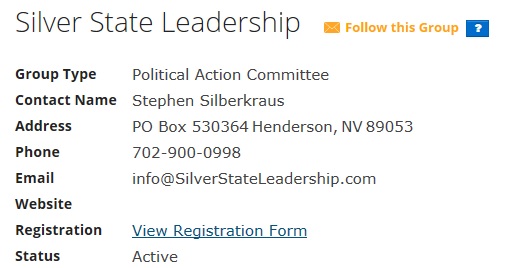 And if you look at the name of the only listed “Officer” of the PAC, it’s our hero…

In addition, you’ll notice that he used the exact same mailing address and phone number as is listed on his own campaign website! 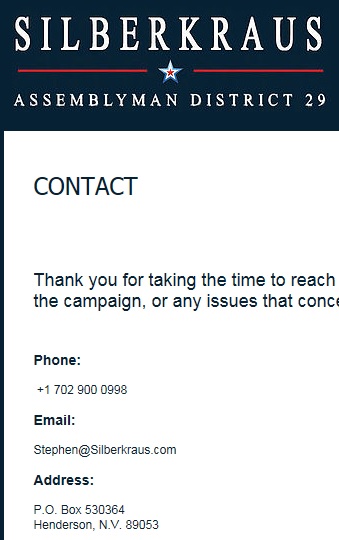 I mean, this guy wasn’t even smart enough to hide his own identity while trying to hide his identity as the head of the organization that mailed out the hit piece on his behalf!

The funniest part is how he got his own home zip code wrong on the form when he listed himself as his own Registered Agent and had to cross it out and correct it!

In addition, our Boy Genius also set up an attack website against Groves showing it, too, was “Paid for by the Silver State Leadership Pac.”

I’ll overlook the fact that the moron doesn’t understand that “Pac” should be “PAC” – the acronym for “Political Action Committee.”  But get this… 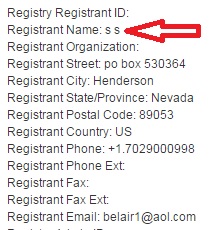 When I checked WHOIS to see who the domain name was registered to, it shows the exact same street address and phone number as the PAC and Silberboob’s campaign, but the listed Registrant’s name is “s s”.

That’s right.  This moron tried to hide his identity as the owner of the attack website by using just his own initials!

He clearly fell out of the Stupid Tree and hit every branch on the way down.

Folks, if any of you seriously have any question as to why and how our government is SO screwed up, you need only to look at the fact that voters have elected imbeciles like this numbskull to represent them. 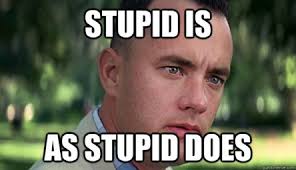