Optometrists, Heal Thyselves…or the FTC Will Do it for You

Optometrists, Heal Thyselves…or the FTC Will Do it for You
N&V Staff 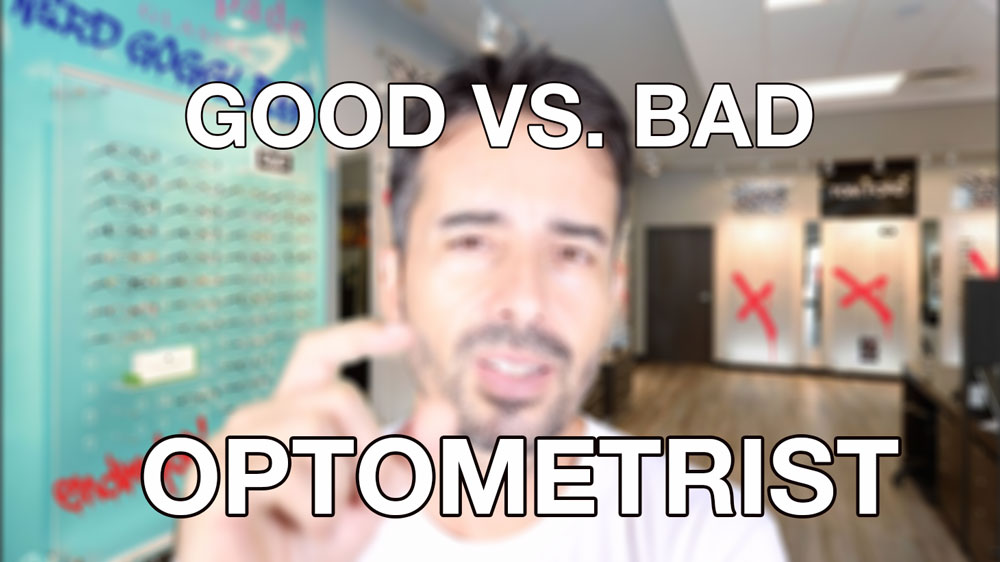 (Chuck Muth) – Have you ever had to pick up a prescription from your local pharmacist?  If so, you know you have to sign a form stating that you received information related to that prescription before being allowed to take it with you.  Takes all of two seconds.  Hardly invasive.

But optometrists – who, unlike ophthalmologists, aren’t “real” doctors – are having a veritable cow over a new Federal Trade Commission (FTC) rule requiring them to do the same thing.

The problem stems from the fact that optometrists – who provide eye tests to determine if you need glasses or contacts – are the only medical professionals who are allowed to both ISSUE a prescription and FILL the prescription (at significant profit) in their own offices.

Talk about a captured audience!

In response, some eye docs either neglected to inform patients of their right to fill their prescriptions at competitor establishments or, worse, outright refused to give the patient a copy of the prescription to fill elsewhere.

In response to that less-than-ethical response, Congress passed a law in 2004 requiring optometrists to give patients a prescription that could be used anywhere – either at the optometrist’s office or an outside retailer.

Will take all of two seconds.  Hardly invasive.

But according to a recent column by Michelle Minton of the Competitive Enterprise Institute, the new requirement is akin to regulatory Armageddon!

“While a confirmation of receipt might seem like a modest additional requirement,” Ms. Minton writes, “industry analysts estimate it would cost between $24,000 and $68,000 per office each year, and $10.5 million for the industry overall, to train staff, monitor compliance, maintain records, and explain the new form to patients.”

“If we truly want to reduce the size of government and the burden of overregulation and put money back in consumers’ pockets,” Ms. Minton continued, “this type of unnecessary rule is exactly the type of regulation government agencies should avoid.”

First, the tactic of using hyperventilated “estimates” – especially from “industry analysts” with a dog in the fight – to grossly exaggerate a potential impact on an aggrieved entity is no longer taken seriously by a jaded public that gets pounded by these pie-in-the-sky-is-falling predictions from the inside-the-beltway crowd on an almost daily basis.

And secondly, the new rule would only be “unnecessary” if optometrists were complying with the old rules.  Which many are not.  A fact Ms. Minton herself admits.

“More importantly,” she continues, “the supposed need for the rule change does not seem to exist. According to data obtained by a Freedom of Information Act request (filed and provided to me by the American Optometric Association), the FTC received just 309 complaints about prescribers failing to provide customers with copies of their contact lens prescriptions between 2011 and 2016.”

Ah, yes.  Data spoon-fed to her by the very optometrists who oppose the rule.  No suspicion of cherry-picking bias there, right?

The reality is, as Ms. Minton acknowledges, there HAVE been complaints filed against optometrists for failing to comply with the law.  And if there are 309 actual complaints on file, how many other incidences are there where the patient simply didn’t bother to file a complaint or didn’t know who to complain to?

Indeed, the average person doesn’t even know what the FTC is, let alone that they should file formal complaints with it, or how to do so.

In addition, I’m guessing we could find “industry analysts” who would discover that the vast majority of eyeglass and contact lens patients aren’t even aware of their right to obtain a copy of their prescription, or the optometrist’s obligation to provide one.

In fact, I’ve been wearing eye glasses myself for over a decade, and until recently I had absolutely no idea about this requirement.  Neither do any of my non-industry friends.  They just know they need glasses.  Or contacts.  And if they can save a buck or two, so much the better!

The bottom line is this:  The minor new compliance rule, which amounts to signing a credit card slip, wouldn’t be necessary were it not for some bad optometrist apples spoiling the barrel.  And the good apples have no one to blame but themselves for not policing their bad apple brethren better.

N&V StaffMarch 23, 2022
Read More
Scroll for more
Tap
Citizen Outreach Signs onto Conservative Coalition Letter Opposing the Federalization of Tort Reform
One Battle is Over, but the Unending War on Business Owners’ Rights Marches On