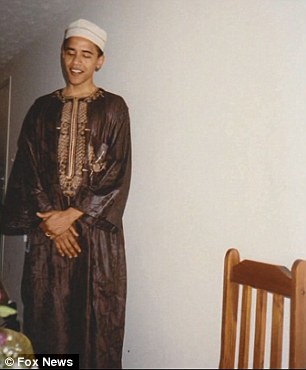 He did this while attacking President Obama hours after he revealed he would not be withdrawing troops from Afghanistan, saying: ‘President Obama, as we all know, will not even use the words Islamic terrorism.

‘Again today when telling the nation that America will maintain eight-thousand troops in Afghanistan, the president did not accurately describe the situation there, putting forth that it was more about politics than Islamic terror.’