Paul: Why Rick Santorum is a Conservative Fraud

Paul: Why Rick Santorum is a Conservative Fraud
N&V Staff 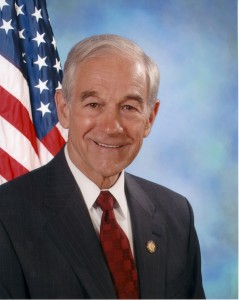 (Ron Paul) – The question everyone asks in the campaign for the Republican nomination for President is “Who is the genuine conservative?”

And just take a peek at Rick Santorum’s Big Government voting record , rather than his current rhetoric, it’s clear he is also a counterfeit conservative.

When you compare it to my record on opposing Big Government, deficit spending, and reckless growth in federal programs, I think you will conclude that I am “the real thing.”

Just like the other “flavor of the week” establishment candidates, Rick Santorum’s campaign will come crashing down once voters learn of his Big Government record.

In fact, my campaign just put together a TV ad called “Betrayal” highlighting Rick Santorum’s long record of being part of the Big Government, big spending status quo in Washington. Won’t you take a minute to watch it.

As you’ll see from my ad, Rick Santorum is anything but a conservative. Just consider his record, which includes:

• Padding his own wallet as a corporate lobbyist at the expense of taxpayers;
• Voting to RAISE the debt ceiling five times;
• Voting to DOUBLE the federal Department of Education;
• Voting with liberals like Ted Kennedy on multiple occasions in support of Big Labor’s radical agenda;
• Urging more federal involvement in housing with Fannie Mae and Freddie Mac;
• Voting to create a brand new, unfunded entitlement, Medicare Part D, the largest expansion of entitlement spending since President Lyndon Johnson – creating $16 TRILLION in unfunded liabilities;
• Endorsing liberal Big Government RINOs like Arlen Specter over conservatives. Of course, Specter later became a Democrat and worked hand-in-glove with President Obama to pass his radical agenda;
• Voting for Sarbanes-Oxley, which imposed dramatic new job-killing accounting regulations on businesses;
• Supporting raising taxes on oil companies, which directly costs Americans more money out of their pockets at the gas pump;
• Voting for gun control;
• Voting to give Social Security benefits to illegal aliens, while voting against an additional 1,000 border patrol agents;
• Voting to give $25 million in foreign aid to North Korea;
• Voting to send hundreds of millions of taxpayer dollars to Planned Parenthood – the nation’s largest provider of abortion – and hand out hundreds of billions of dollars in foreign aid to enemies of Israel.

But unlike many of my other establishment opponents, Rick Santorum isn’t even trying to sweep his Big Government record under the rug.

He’s proud of it!

Rick Santorum said constitutional conservatives have a “crazy” idea that government should “keep our taxes down, and keep our regulations low.”

Not only that, but he endorsed Mitt Romney just four years ago!

How can the “alternative to Romney” also be a Romney supporter?

The truth is, Rick Santorum has no national campaign and no funding to compete against Mitt Romney, let alone Barack Obama.

And as I’ve laid out, there’s no way his Big Government record can stand up to an ounce of scrutiny.

On the other hand, my campaign has seized the momentum in New Hampshire and elsewhere after my strong finish in Iowa.

That’s because I’ve been warning about the dangers of Big Government, out-of-control spending, and runaway inflation for years.

In fact, I’m the only candidate to predict the current economic mess we’re in right now.

In 2003, I predicted the housing crisis and pushed to get the government out of the mortgage business.

In 2008, I fought TARP and the Fed when they laid waste to our economy, while others in this race applauded their disastrous Big Government intervention.

And unlike my opponents, I am absolutely ready to enact real spending cuts, right now.

In fact, my Plan to Restore America cuts $1 trillion in federal spending during the first year of my presidency by eliminating five federal departments that I can actually name – Education, Energy, Commerce, Housing and Urban Development, and Interior.

As President, I’ll balance the budget by year three without cutting one penny from our veterans, our senior citizens, or our national defense.

That’s what sets me apart – my plan, my record of being right while others were wrong, and my unmatched and unwavering record of fighting for fiscal responsibility and constitutional principles.

In a nutshell, it’s my conservatism that’s winning the day.

And today, I’m asking for your support.

These are troubling times for our country – times that call for conservative leadership.

As I run for President, I want to make sure our Republican Party keeps its strong commitment to limited constitutional government and free market solutions.

The only way to do that is to nominate someone in 2012 who predicted the economic crisis long before it happened. Someone who has conviction and has fought against Big Government in Washington his entire career.

Together, you and I can Restore America Now.