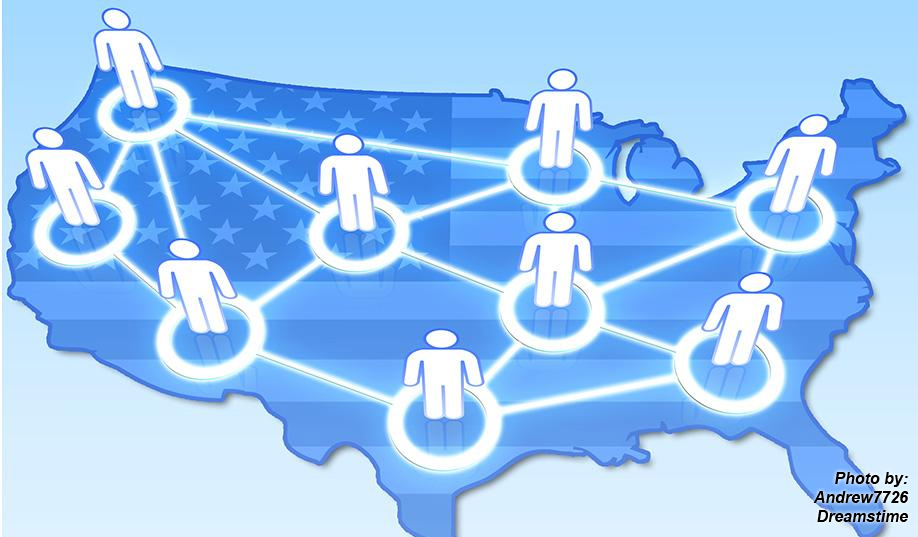 Localism is the 21st-century replacement for centralized Washington controls.

(Craig Shirley & Newt Gingrich) – The next big movement in modernizing government is going to be localism. The age of big bureaucracies is over; the age of you being in control of most of your own life is just beginning.

First, there was the elite belief that expert knowledge and large systems of information and analysis were superior to the decentralized efforts of individuals. After all, it was thought, professional educators were inherently superior to parents, and professional health providers were clearly more effective than individuals; and similarly, professional analysts coolly manipulating large amounts of information would create better outcomes than uninformed citizens.

Second, information used to be very expensive to acquire and organize, and larger organizations had more powerful and more efficient information systems than individuals or small organizations. The advantage of a General Motors or a Social Security Administration lay chiefly in their efficiency of gathering and using information.

Third, the elites wanted to impose on citizens a centralized worldview and value system very different from the one those citizens had grown up with. This desire by elites to impose new norms was as strong in America as it was in Italy or France or Russia.

Today, all three of these pressures for centralized bureaucracy are being undermined and reversed.

First, parents have turned out to be the most important asset in educating children. As professional teachers fail to meet expectations, they increasingly point to parents as the key to learning preparation. In health, patients have become the key to managing chronic conditions. Doctors and nurses are vital in an emergency, or in dealing with critical diseases (e.g. heart attack, cancer), but chronic conditions (asthma, diabetes, heart disease, addictions, etc.) require the active participation of the patient. And of course, local communities often know more about solving local problems than distant Washington bureaucrats with centralized information but no local knowledge.

Third, people are increasingly angry at centralized governments’ attempts to impose policies and values that they reject and resent. In virtually every western country, there is a growing populist movement against the elite values and elite bureaucracies, which people increasingly see as problems rather than solutions. It is no accident that the American people said in a recent Gallup poll that government is the greatest problem facing the country. The failure of centralized bureaucratic systems is being accelerated by the growing gap between the manual-typewriter-based models at the heart of traditional bureaucracies (which were developed at about the same time as the typewriter) and the stunning speed, complexity, and effectiveness of smartphones and tablets.

Contemporary bureaucracies such as the Department of Veterans Affairs find themselves falling farther and farther behind people’s expectations of speed, accuracy, and convenience as the modern world changes and they remain trapped in the culture and systems of an obsolete past.

Think about the convenience, efficiency, and personal choices that increasingly define your life outside government.

If you want cash, you can go to any ATM virtually anywhere in the world for the amount of money you need when you need it, in the local currency. When you go on Facebook, you get personalized content based on your network of friends. You and a wide range of friends have an ongoing electronic community, which you sustain at your convenience and under your own control.

When you need a ride, in more and more cities you can choose between traditional cabs and Uber. The cars show up on your smartphone app and you immediately know how many Uber drivers are nearby and how long it would take for one of them to pick you up. You get billed automatically and you can rate your experience, so there is continuous feedback.

If you want to fly, you can go to a variety of sites and look for schedules and prices to your heart’s content 24 hours a day. No one pressures you to pick a particular airline or go to a particular city. You are in control. If you need to shop, you can go to Amazon for virtually any item and it is delivered within two working days.

Compare that speed, efficiency, accuracy, and convenience with virtually any bureaucracy you know.

Shifting power from Washington and from the state capitals and moving it back toward local control and local decisions will be one of the great patterns of the next decade and will accelerate for at least the next half century. As people have access to more and more information with greater speed and convenience, they will assert the right to make more and more decisions for themselves, or with their neighbors.

As the sunlight of accurate information is focused on bureaucracies, it will become increasingly obvious how out of sync with the modern world they are. What we need now is an emerging school of local control and local initiative to develop the programs that will transfer power out of the capitals and back to the people.

Note that we are not advocating federalism. Federalism moves power from Washington bureaucracies back to state bureaucracies. That is a useful first step, but it is not sufficient. In all too many states, the state government interferes with and micromanages local communities fully as much as Washington does.

We are advocating a far bolder transformation than simply shifting from one central bureaucracy to 50 state bureaucracies. We are advocating the transfer of power wherever possible all the way back to individual citizens and letting them work with their neighbors to creatively build new solutions and stronger communities.

We believe a localized America that encourages 315 million citizens to be problem solvers and local leaders will be far more creative and dynamic than a shift from one bureaucracy to 50.

We are proposing to take the seriously the Constitution’s reliance on “we the people” and once again trust people to create true self-government. That can only happen by devolving power from bureaucrats back to citizens at the local level.

Craig Shirley is a Reagan biographer and author of the forthcoming Last Act: The Final Years and Emerging Legacy of Ronald Reagan. Newt Gingrich is a former presidential candidate and speaker of the House of Representatives.