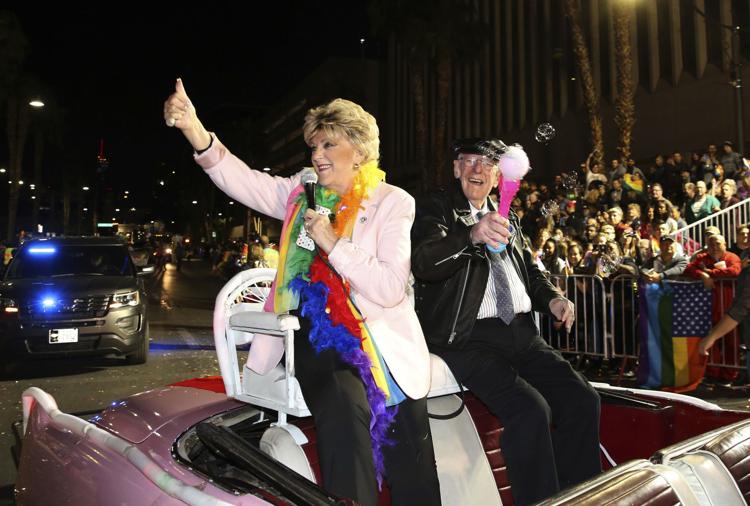 (Michael McGrady) – A recall campaign against Las Vegas Mayor Carolyn Goodman has been launched after she called on the city to reopen, despite social distancing recommendations and the orders of Gov. Steve Sisolak.

“I have put together a full launch plan to make this happen, and I am going to be working on this full time,” Polk said on his Twitter.

If Polk is able to gather 6,745 signatures by August 4, a mayoral recall election will commence.

Goodman responded to the recall effort on Twitter: “Regarding recall effort: This is America. That’s his choice,” she tweeted.

Polk further chided Goodman on social media, accusing her of being in the pockets of the casino owners. Polk himself has earned at least $3.7 million in winnings from his poker playing. He also owns an organization which teaches people how to play poker.

Polk and his fellow organizers launched a website that features the petition. They characterize Goodman as a “casino shill” and a “puppet for casino owners and a threat to public safety.” There is not yet any known accountancy of the funders behind the recall effort.

Campaign finance disclosures show Goodman having previously accepted political donations from companies, individuals, and political committees linked to the gaming industry. The Las Vegas Sands Corporation, the holding company that owns The Venetian and The Palazzo hotel-casinos on the strip, donated $10,000 to her campaign committee in January 2019. Other donors include the South Point Hotel & Casino, the Boyd Gaming Corporation (The Aliante, The Orleans, Fremont Hotel & Casino, etc.), and the Palace Station Hotel & Casino.

Goodman has faced national criticism for her comments surrounding whether Las Vegas should reopen.

In a CNN interview last month, Goodman said that it’s not her job as mayor to give businesses social distancing guidelines.

“Right now we’re in a crisis health-wise, and so for a restaurant to be open or a small boutique to be open, they better figure it out,” Goodman said. “That’s their job, that’s not the mayor’s job.”